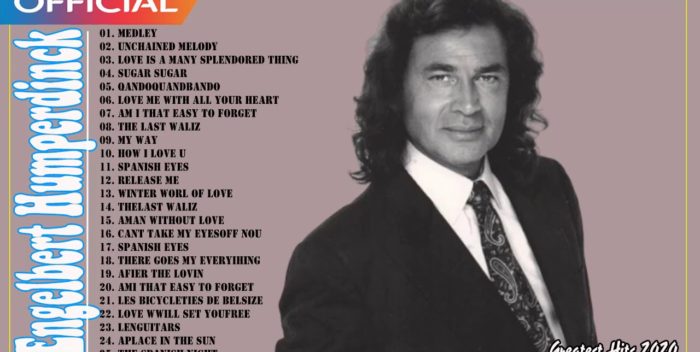 If you wait long enough, everything comes back from the past.

Now it’s Engelbert Humperdinck’s turn. The 60s crooner has seen his 1968 hit “A Man Without Love” suddenly rising on the charts 54 years after it first appeared.

The song is featured on Marvel’s Disney Plus show “Moon Knight” in such a prominent way that it’s sent fans to Spotify in droves. The song is number 5 this morning on the Viral Top 50 in the US.

Not only that. “A Man Without Love” suddenly has 15.9 million streams on Spotify. Most of the other tracks on the Live album from which it was taken average around 50,000 streams.

Engelbert’s real name is Arnold George Dorsey and he turns 86 years young on May 2nd. The real Engelbert was the German composer of “Hansel and Gretel,” among other operas. Dorsey, like Gilbert O’Sullivan and Tom Jones, was renamed by his famous manager, Gordon Mills, who obviously had a sense of humor.