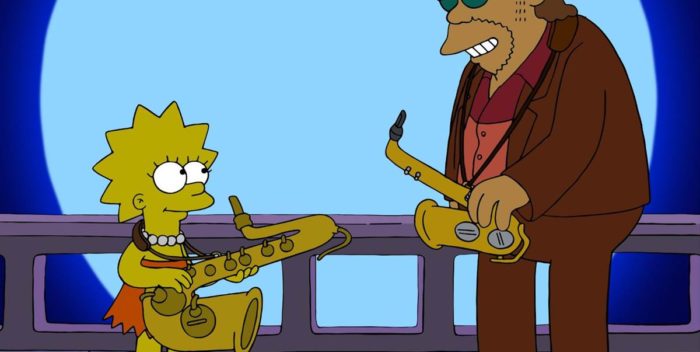 Is it something Homer said?

On Sunday night, “The Simpsons” fell below the magic number of 1 million viewers for the first time ever in its 33 year history.

Last week’s show scored 1,095,000 and that was the second week in a row of low numbers. Ratings for “The Simpsons” are usually around 1.5 million although sometimes it’s double that amount. Six times this season the total number of viewers has been up to 4 million.

But Sunday night brought just 950,000 fans. It was a drop of over 100,000 and a significant fall from the season opener last September of 3.5 million viewers.

Don’t worry, “The Simpsons” won’t be cancelled any time soon. It’s a low budget show with so many other revenue streams– merchandise, etc — that Fox isn’t even close to saying goodbye. But the sudden drop is a little worrisome.

The episode on Sunday, The Sound of Bleeding Gums, was no different than the last several hundred. Little Lisa, who plays the sax, meets a jazz legend. Maybe it was too arcane. But aren’t all “Simpsons” episodes like that?

We’ll hope for a rebound this coming week.