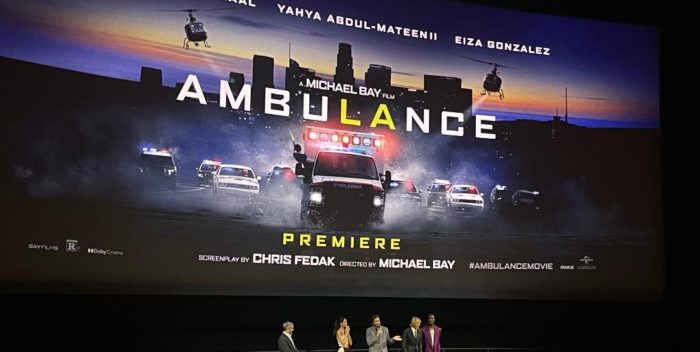 Sirens are wailing all over Hollywood this morning.

Michael Bay, producer and director of blockbusters, is facing his worst opening weekend ever with “Ambulance.”

The Jake Gyllenhaal starring feature made just $2.5 million on Friday. Added to previews, “Ambulance” made $3.2 million for its opening “night.” Another five or six million for Saturday and Sunday means the Ambulance needs to call 911 itself and report a catastrophe.

Bay is known for producing or directing blockbusters, not critically acclaimed films. The biggest numbers in his portfolio are for “Transformers” movies. The last movie he directed, “13 Hours: The Secret Soldiers of Benghazi,” opened to just $16.9 million, a persona low. “Ambulance” will now take its place  on his all time low list.

Granted, the budget for “Ambulance” was about $200 million less than his usual extravaganzas. “Ambulance” probably cost around $50 mil. It was also less poorly reviewed than most of his films, with critics saying basically, it wasn’t as bad as the others. The Rotten Tomatoes score is 69%, which for Bay is the equivalent of an A.

Meanwhile, you’ll be happy to know that “Sonic the Hedgehog 2” made $26 million for Paramount over Thurs-Fri. Hedgehogs never go out of style, especially the sonic kind!