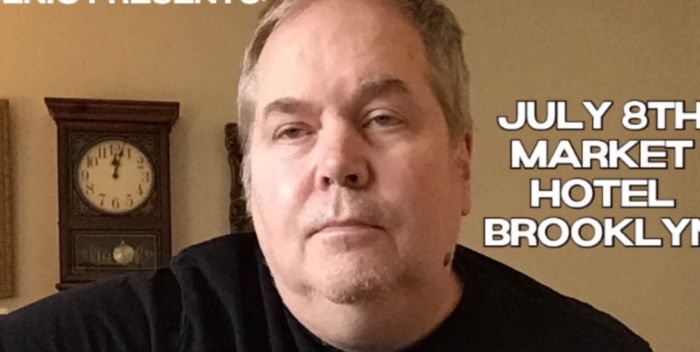 In March 1981, John Hinckley Jr. attempted to assassinate President Ronald Reagan. He was convicted and went to prison. He successfully ruined the life of James Brady, who was critically wounded in the attack. Hinckley also wounded police officer Thomas Delahanty, and Secret Service agent Tim McCarthy.

Now Hinckley, recently released from prison, will perform a concert in Brooklyn at the Market Hotel on July 8th. Tickets are $20. The show is billed as “and special guests.” One of them will not be actress Jodie Foster, with whom Hinckley said he was obsessed.

It’s not funny at all even if you want to make jokes. Brady’s life was basically ruined, even though he and his wife, Sarah, became gun control standard bearers and he was admired greatly for his courage. Brady died in 2014. His death was ruled a homicide, but because Hinckley had gotten off on the insanity plea he couldn’t be prosecuted.

Unbelievably, Hinckley indicated on Twitter that this may be the beginning of a tour, he’s taking other bookings. We are really living in the Upside Down World.

Hinckley has also been posting videos to YouTube of himself singing and playing the guitar.

To recap: Hinckley was found not guilty by reason of insanity and spent the next 30 plus years in psychiatric care until his release in 2016. In 2020, it was ruled that he could release music and artwork under his own name.

Rehabilitation of prisoners is one thing. But this is macabre, distasteful, and highly inappropriate. I’m sure it will sell out in minutes.