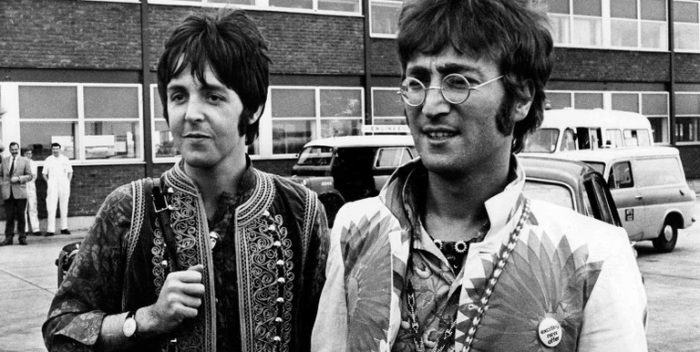 The big news in the Beatles world right now is that a John Lennon biopic is nearing its pre-production launch.

Still untitled, the Lennon movie would be the first real authorized big screen biography of a Beatle. The movie is produced by Yoko Ono with her son Sean Ono Lennon. Julian Lennon is on board and so are the Beatles as an entity.

Anthony McCarten, who wrote the ginormous hit about Freddie Mercury and Queen, “Bohemian Rhapsody,” has apparently finished the screenplay and it’s set.

The movie will be “mostly” John solo songs although it will include five key Lennon Beatles songs, I am told. The producers have access to all Beatles songs if they desire.

I’m told that the Lennon film will be quite different than the “Lennon” musical Ono produced many years ago on Broadway, which flopped. This one will be the whole story. embracing Lennon’s youth. his time with the Beatles, and even his famous 18 month “Lost Weekend” when he left Ono for May Pang, who rescued Lennon from going over the edge before he returned to Ono.

Sources say Pang shouldn’t be worried about being minimized over glossed over in this movie. “She’s really celebrated,” said an insider.

Next project is attaching a director and a star. “Bohemian” director Dexter Fletcher, who also did such a good job on “Rocketman,” is certainly in the mix once he finishes “Sherlock Holmes 3” with Robert Downey, Jr. and Jude Law. Who should play Lennon? We’ll have to wait and see…as well as Brian Epstein, Cynthia Lennon, John’s mother, Julia, and the famous Aunt Mimi, not to mention the other Fabs, Yoko, and so on.