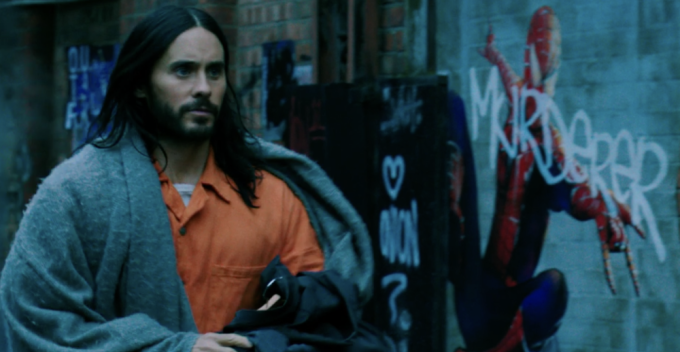 The reviews are coming in for Sony-Marvel’s “Morbius.”

UPDATED They are very, very bad. On Rotten Tomatoes, with 108 reviews filed, the rating is 17%. And falling.

“Morbius” cost around $100 million after extensive reshoots. It stars Jared Leto as the mad scientist from the Spider Verse, Dr, Michael Morbius, who screws up an experiment and becomes a living vampire. Spider Man is not in the movie. Neither is MJ or Aunt May.

“Morbius” was has been moving around the release calendar for about 18 months. There was never a good time to release it, apparently. And there still isn’t.

Rolling Stone asks: “Is Morbius the worst Marvel movie ever made? In an alternate universe without The New Mutants, the answer would likely be yes ”

Variety: “The entire movie, directed by Daniel Espinosa from a script by Matt Sazama and Burk Sharpless, is generic — naggingly, almost jarringly so. You watch it and think, “This is what now passes for a new Marvel chapter?”

USA Today: “Rather than a fang-tastic time, Morbius is just a soul-sucking effort.”

You get the picture.