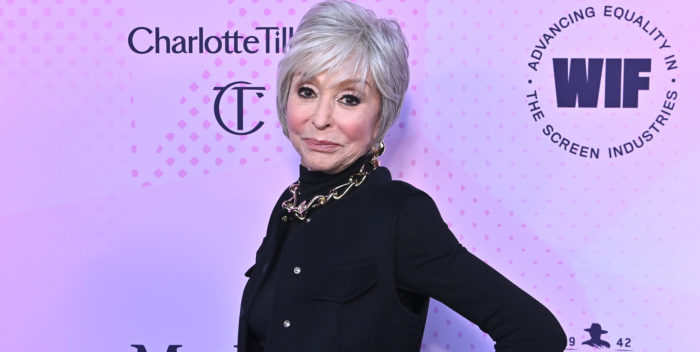 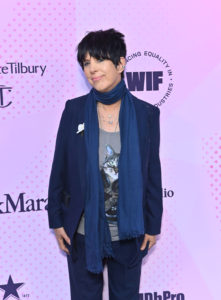 There was no better way to start the Oscar Weekend  than to get off the elevator at the Bar Lis at the Thompson Hotel in Hollywood and to immediately chat with the irrepressible Rita Moreno.

The first ever EGOT was honored at the Women In Film 15th annual Oscar Party celebrating the 2022 Women Oscar nominees. As she was being feted I asked her, “How does it feel to be you? “She laughed then replied “I don’t think of that.  I just love being respected for my work. I’ve gotten a lot of attention this year, and it’s very, and I mean, very nice!”

Steven Spielberg,  her “West Side Story” director, has become a good friend.  She confirmed that, “Steven and I are so close. He’s my darling, darling friend. I adore him.” How about Tom Brady who’s producing and starring in the film she just started “80 for Brady” that Rita is doing with Lily Tomlin, Jane Fonda and Sally Field? She quipped, “We’re just starting our second week.  He’s producing and he’s in it.  I haven’t met him yet, sure looking forward to it!”

Co-hosted by WIF Board President Emerita Cathy Schulman and Oscar winning artist, H.E.R, the event was packed with nominees, celebs and industry insiders.  Nominees included Songwriter Diane Warren, Director Jane Campion, Composer Germaine Franco, Writer, Director Sian Heder, Producer Kristie Macosko Krieger, DP Ari Wegner, Producer Laura Berwick and more.  Gracious H.E.R told the crowd, “I can’t believe I’m a part of this and still can’t believe I won an Oscar!  To me, it’s all about women supporting other women.  The moment we realize we are unstoppable together, the stronger we will become.  When it comes to achievements like these I always say, it’s confirmation but not validation.  Always know your worth and value.”

The Oscar nominees then came up on stage, as did Moreno, who at 90 is still every bit the activist she’s ever been. “I’ve had some amazing surprises tonight, which has delighted me beyond anything I can describe. Probably one of the best things that happened is when someone said to me, earlier this afternoon, would you wear this?”  Rita pointed to a pin they were giving out that said, ‘Bans Off Our Bodies.’ She continued, “As long as I’m around, I’m going to fight like fuck!” The crowd then chanted Rita’s name.  She went on to say about women’s rights, “I am so angry, we have to get better, get together and make this happen.  Before I go goddamit!”

Warren, a 13-time Oscar nominee, alas not a win yet, had the crowd laughing when she quipped, “this looks familiar, on yeah, I’ve been up here a lot!”  The goodwill and support for each other was clearly palpable in the room, and it didn’t hurt that many were sipping Don Julio cocktails and getting made up at the Charlotte Tilbury make-up station.  WIF is always the top tier event to kick off the Oscar weekend and after a two-year hiatus, this WIF event was truly welcomed indeed.