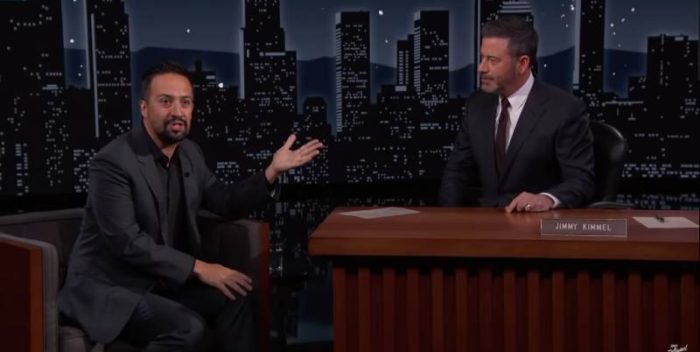 Fans of Jimmy Kimmel got a sense of deja vu Friday night.

When the monologue started it sounded eerily familiar. Like we’d heard it before, and very recently.

Was Jimmy too ill to make a new show for Friday? Or was there another reason for a rerun.

Let’s do the math: Academy voters are voting this weekend, Disney owns ABC and Kimmel, why not give a second push to “Encanto” and those Orguguitas before the ballots come pouring in?

And so they did. It must have been planned because on the cable box there was no indication that it was a rerun. The Friday show ran as if it were new. Usually if there had been a sudden change, the show would have carried an advisory. And it wouldn’t be a rerun from the same week. But on the ABC website, all the guests for this past week were listed except for this show, which just said: “TBD.”

“Dos Oruguitas” is not the hit song “We Don’t Talk About Bruno,” although both songs will be featured on the Oscars because again, ABC is owned by Disney, etc. There will not be two songs from the other films. The other nominees for Best Song include Reba McEntire and Diane Warrens “Somehow You Do,” “No Time to Die,” Beyonce’s “Be Alive,” and “Down to Joy” from anti-lockdown, anti-vax Van Morrison. (If the latter starts coughing at you at an Oscar party, do a Moondance and move!)

Kimmel should be back with five new fresh shows next week. Although, who knows? Oscar voting goes through Tuesday. Maybe Monday’s show will be a rerun of a plug for “West Side Story.” Hey, if you own everything, why not?