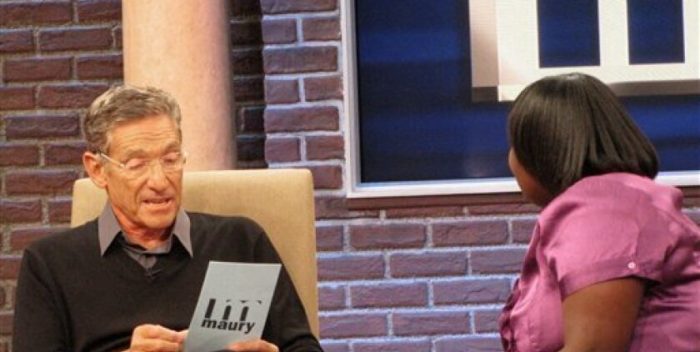 I have to say I’m a little shocked to learn Maury Povich is 83. Time has flown.

Anyway, his talk show, “Maury,” is ending after 31 years. Like Judge Judy and Jerry Springer, Maury will continue on in syndicated repeats until someone figures out they’re seeing shows fro 10 years ago or more. So far Judge Judy is getting away with it just fine, dragging in 4 to 5 million viewers a day.

Indeed, Judy Judy has moved to amazon’s IMDB streaming channel. But no one knows to find it, especially her older audience. They don’t know about Smart TV or Roku, think their phones are transistor radios, and so on. Also, I’m told reliably that “Judy Justice” is pretty bad. She got rid of her bailiff, has one case that goes on too long, and berates her own granddaughter.

Maury was a real journalist a long time ago. His father was the great Washington sports writer, Shirley Povich. But Maury saw where the money was, going from the DC magazine show “Panorama” to tabloid TV with “A Current Affair” to doing DNA tests on illegitimate babies of the promiscuous. His show is laughable but it’s earned him a fortune. He and former CBS news anchor Connie Chung live in the fabled Dakota Apartments, where they are neighbors of Yoko Ono, among others. The Poviches also own a massive ranch in Montana.

So it’s the end of a long era of fooling all the people all the time. Who’da thought you could make money humiliating people on national TV day after day? But Maury is part of a proud tradition that includes Springer and his bargain basement spin offs. I guess in syndication they will outlast all of us.

Here’s what we will never see in the Broadcasting Hall of Fame: