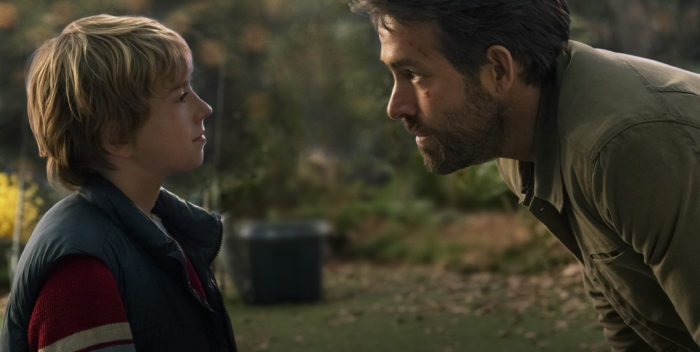 So far, “The Adam Project” is lucky it’s not in movie theaters today.

Ryan Reynolds’s newest film is getting panned on Rotten Tomatoes– 69% total and worse among “top Critics” on Rotten Tomatoes. It’s been skewered by reviewers from Time, Rolling Stone, the Financial Times, and even TV Guide.

David Rooney wrote in the Hollywood Reporter: “The result is neither funny nor thrilling, just exhausting.”

Shawn Levy directed this piece about a man who comes from the future and interacts with his 10 year old self. Reynolds and Levy made a terrific movie last year, a box office hit in “Free Guy,” so they thought they’d try it again.

Netflix had not one but two premieres in New York for “The Adam Project,” hoping to drum up interest. It hasn’t seemed to work. What remains to be seen is how the film will do on the platform. Will people sample it? That’s all you need to get “ratings” when you’re streaming.

“The Adam Project” was never placed in my Preview Content for reviewers, so I’ll have to wait and watch it on Netflix in the next few days after the Critics Choice and Directors Guild Awards are over. But it already has the feel of a movie you catch on a flight.

PS Netflix has so many Oscar-centric films this season — “Power of the Dog,” “Lost Daughter,” “Don’t Look Up” — they can afford to have one that doesn’t fit the mold.