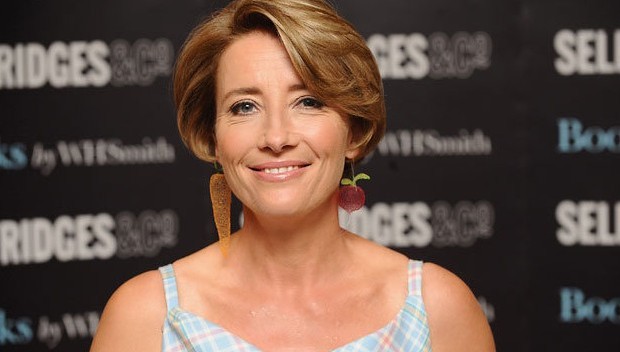 Emma Thompson bares all in “Good Luck, Leo Grande.” She plays a widow who hires a charming sex worker to rev up her love life in this offbeat Sundance comedy.

And the award winning actress literally does take it all off in a brave scene that underscores her character’s transition back into the world of the living. Thompson could easily have gotten an Oscar nomination if “Leo Grande” were handled properly.

But Disney and (Fox) Searchlight have decided to chuck “Leo Grande” and bypass theaters alrogether. They’re sending it to Hulu on June 17th, where this gem directed by Sophie Hyde and written by Katy Brand, will go to die.

“Leo Grande” (the sex worker is played by Daryl McCormack, who’s terrific) got raves at Sundance. I gave it a very positive review. In the days when independent films meant something, it would have been a substantial art house hit. There would certainly be a lot of press about it, enough to get smart people into theaters.

I feel bad for all the filmmakers, especially Thompson. They all deserve better, starting with this two time Oscar winner. It’s more than likely that the Academy will go back to theater- only eligibility for the next season, thus setting “Leo Grande” adrift in the world of the Emmys, maybe, and then out to sea.

Searchlight is sending two more films to Hulu as well: a gay rom com called “Fire Island” and a summer throwaway called “Not Okay.” What they’ve done to Thompson is certainly “not okay.”