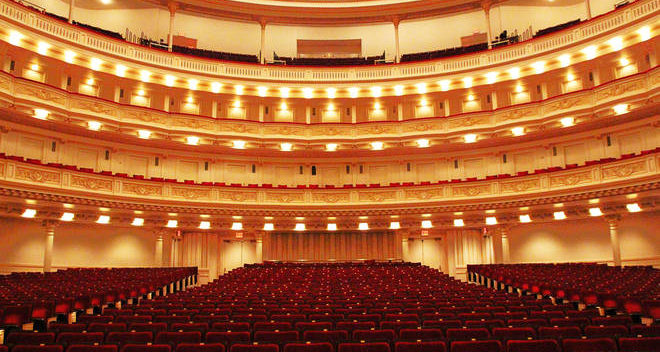 Metropolitan Opera star Anna Netrebko is out of the opera “Turandot” this spring and “Don Carlo” next season after not denouncing Vladimir Putin’s barbaric invasion of Ukraine.

Frankly, if Netrebko has taken this position, her opera career may be over. What a shame. She has a magnificent voice, as you can hear below.

But Netrebko, while declaring she supports the people of Ukraine, won’t criticize Putin or Russia for an unprovoked war. Yesterday’s New York Times explains it all.

Not complying with the Met’s condition that she repudiate her public support for Vladimir Putin while he wages war on Ukraine, soprano Anna Netrebko has withdrawn from her upcoming Met performances in Puccini’s Turandot this April and May, as well as the run of Verdi’s Don Carlo next season. “It is a great artistic loss for the Met and for opera,” said Met General Manager Peter Gelb. “Anna is one of the greatest singers in Met history, but with Putin killing innocent victims in Ukraine, there was no way forward.”

Netrebko will be replaced in Turandot by soprano Liudmyla Monastyrska. A replacement for the role of Elisabeth de Valois in the 2022–23 performances of Don Carlo will be announced at a later date.

Ukrainian soprano Liudmyla Monastyrska, who has sung Turandot previously at the Ukrainian National Opera and at the Bolshoi, made her Met debut in 2012, singing the title role in Verdi’s Aida, which she again sang with the company in 2014. Her other Met roles include the title character in Puccini’s Tosca, Santuzza in Mascagni’s Cavalleria Rusticana, and Abigaille in Verdi’s Nabucco. She has also performed widely at many leading opera houses, including Milan’s La Scala, Royal Opera House Covent Garden, Bavarian State Opera, Vienna State Opera, Berlin State Opera, Barcelona’s Gran Theatre del Liceu, and many others.

The spring run of Turandot is conducted by Marco Armiliato and also stars Yonghoon Lee as Calàf, Ermonela Jaho as Liù, and Ferruccio Furlanetto as Timur. The production is by Franco Zeffirelli.