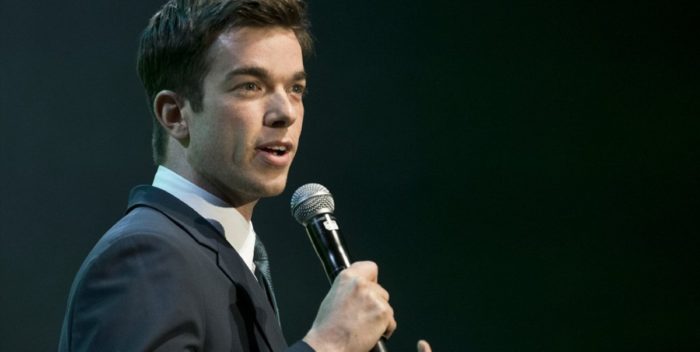 Last night John Mulaney returned to “Saturday Night Live” clear and sober. He had a triumph hosting for his fifth time. A year ago, Mulaney was getting ready to perform in clubs after two stints in rehab, the collapse of his marriage, and the revelation of his relationship with Olivia Munn.

But now he has turned lemons into lemonade. The man who hosted “SNL” last night is a 180 degree turn from the guy I saw on stage last year at City Winery in New York who brought his interventionist to the show, dressed like he was in junior high school, and told a basically very sad story to the audience hoping for laughs.

Mulaney’s hosting last night was so good it brought the whole show back to life. And it didn’t hurt Mulaney’s ticket sales for his coming tour which begins next week. Most of his shows are sold out or close to it. He has three nights scheduled for Madison Square Garden — kind of a leap from small clubs and theaters. The first two are sold, and the third should move pretty fast now that the TV audience has seen him in action.

Highlights from last night include Mulaney’s trademark Broadway musical parody, the five-timer meeting with Steve Martin, Candice Bergen, Paul Rudd, Conan O’Brien, and Tina Fey, and the final sketch of the night, a dance number with his Black girlfriend’s family. All of them were pure genius. It’s such a relief to write that John Mulaney is back.

Shout outs to the “SNL” writers who made the night sing, especially Colin Jost, Dan Bulla and Bryan Tucker.