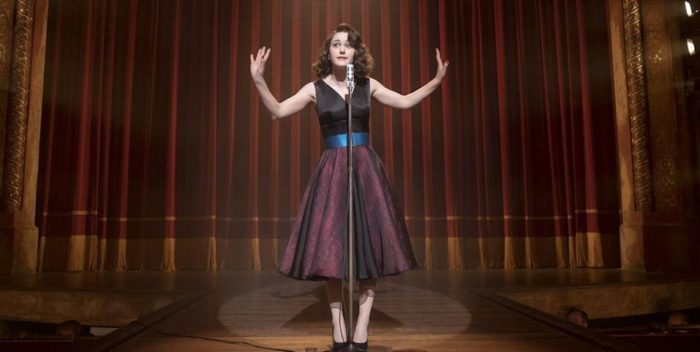 “The Marvelous Mrs. Maisel” is coming to an end. Not so fast– season 4 drops tomorrow, and there will be a season 5.

The much awarded and beloved series is very expensive to make. And one more season should set Midge up as a star comedian and somehow get her and Joel back together. So it makes sense even though we don’t want to see the Maisels and the Weissmans go into rerun heaven.

But don’t worry. My guess is we’ll see a movie, or a rogue reunion season, somewhere down the line.

Season 5 is just starting production now, so we’ll probably see it a year from now. And it will still be 1960!

Here’s my fantasy: AMC or Lions Gate gives permission, and Midge and Susie cross paths with Don Draper and Peggy Olson from “Mad Men.” It’s just a dream. Or at least the two of them go to a voice over at Sterling Cooper.

“Amy, Dan, and The Marvelous Mrs. Maisel have blazed an unparalleled path, elevating the stories we tell about women, challenging the norms in our industry, and forever altering the entertainment landscape with their one-of-a-kind storytelling,” Jennifer Salke, head of Amazon Studios, said in a statement. “The dozens of awards cement Maisel’s legacy in many ways, but what’s even more enduring and poignant are the characters Amy created and the joyous, brilliant, singular world she and Dan brought to life.”

Salke added, “This series has meant so much to Prime Video and the effects of its success will be felt long after its final season. I can’t wait for fans and our worldwide Prime Video audience to savor each moment as we embark on the culmination of this groundbreaking and unforgettable series.”