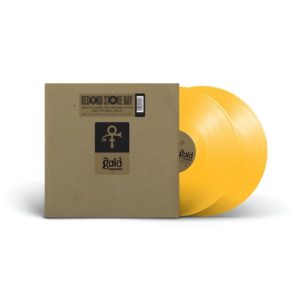 The Holy Grail of Prince has arrived.

Sony is finally getting to release “The Gold Experience” featuring Prince’s number 1 hit from 1995, “The Most Beautiful Girl in the World.”

It’s streaming right now on Spotify and other platforms! See below.

Back when Prince left Warner Bros. to become a glyph, he released “Most Beautiful Girl” and “The Gold Experience” through an indie label. The label, owned by Al Bell, the legend of Stax Records, had the rights so the song — which was a late career number 1 smash — remained outside of the Prince catalog, as did the album.

But now it seems the song and the album it came from have been reunited — streaming right now and physically on June 18 on CD and LP. Sony is even doing a special gold double LP pressing on Legacy. On Amazon,the original CD sells for eighty-seven dollars!!!! So glad I bought it back in ’95. There was never a vinyl pressing. This is a big score for Legacy.