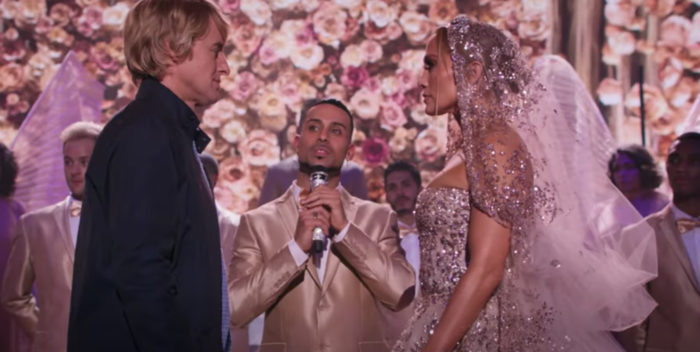 The box office was not kind to “Marry Me” last night.

The Jennifer Lopez- Owen Wilson rom com plummeted 41% on Wednesday from Tuesday. And Tuesday was a plunge of 60% from Monday.

The Wednesday total was just $610,440. This is a massive drop from Monday, Valentine’s Day, when everything was coming up roses for the modestly budgeted film.

The “Marry Me” drop was the largest on Wednesday of all current movies.

The only film in the plus column was Oscar nominee “Belfast,” which I think may win the Oscar. It’s neck and neck with Netflix’s “Power of the Dog.” “Belfast” was up 39% on Wednesday. If you haven’t seen it, now’s the time!

If “Belfast” does win it might pull along Best Supporting nominees Ciaran Hinds and Dame Judi Dench. The fact that Dame Judi was nominated at all speaks to her popularity, the richness of her performance, and the strength of that film.