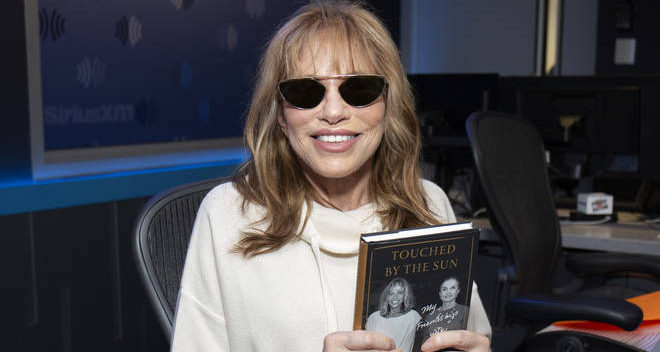 It’s been about two weeks since Carly Simon was nominated for induction into the Rock and Roll Hall of Fame.

So where’s she been?

I finally caught up with her today. How’s she doing? “Coming along, I have two physical therapy sessions a day!” she said.

Luckily, she’s got a lot of people around her including son Ben Taylor, who lives nearby on Martha’s Vineyard, and her boyfriend. Dr. Richard, of 16 years.

What about the Rock Hall? She literally was having the surgery when the announcement was made. “I can’t believe all the support I’ve gotten,” she told me. “Emails, letters, phone calls. People can’t believe I wasn’t already in.”

It can only be hoped that the nominating committee will choose to include her with the five or six finalists this time around. Carly’s official career is now in its 52nd year, believe it or not. (She started young.) Her first hit was  the haunting ballad, sweeping anthem, “That’s The Way I’ve Always Heard it Should Be” in 1971. She followed that with “Anticipation” in 1972– fifty years ago right now.

But it was the following year that Simon released her landmark album, “No Secrets,” with “You’re So Vain” and “The Right Thing to Do,” produced by Richard Perry. That was also the year she married James Taylor. From then on there were many top 10 hits including “Mockingbird” with Taylor, “Haven’t Got Time for the Pain,” the James Bond Oscar nominated “Nobody Does it Better,” “You Belong to Me,” “Jesse,” “Coming Around Again,” and the Academy Award winning “Let the River Run.”

There was also an opera “Romulus Hunt,” and three albums of standards that became classics: “Torch,” “My Romance,” and “Moonlight Serenade.”

Carly Simon has been an inspiration to so many female stars in recent generations. Janet Jackson sampled “You’re So Vain” for her hit, “Son of a Gun.” Taylor Swift asked her to a guest star on her tour a few years ago. In 2004, a whole movie starring Brittany Murphy, called “Little Black Book,” was designed around Simon’s songs.

Simon is the only major singer songwriter of her generation to be in the Rock Hall yet. Carole King came in this year. James Taylor and Joni Mitchell got in earlier. So the time is now, now, now.

Carly told me she’s hoping to make it to Clive Davis’s 90th birthday in April in New York. It’s all about the knee, of course. I have every confidence she can do it. Four years ago she ventured out to Los Angeles for Davis’s pre-Grammy gala and blew everyone away. In June 2020 she and her band appeared on Clive’s Zoom gala live from her barn and performed “It Was So Easy” and “Anticipation.”

But, as the song says, these are the good old days.

You can cast your vote for Carly on the Rock Hall site here.