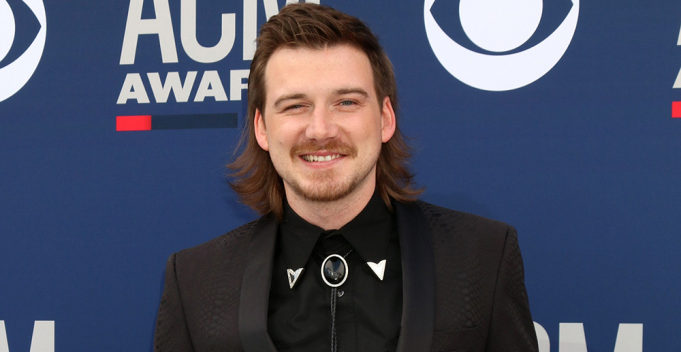 Country star Morgan Wallen was dropped by all awards shows last year after it was revealed he casually dropped the “N Word” on a video. Wallen was dropped from talent agency WME in the wake of the scandal. CMT removed his videos, and both the Academy of Country Music and the CMA banned him from their awards shows.

Even his record label suspended him a for minute, but then reinstated him because the money was too good to pass his up. Wallen’s fans agreed, making “Dangerous: The Double Album” the best selling album of the year.

Now Jeff Bezos’s Amazon Prime and the Academy of Country Music have reinstated Wallen. Yesterday the country singer received several nominations from the new ACM Awards, which will be shown on Amazon Prime on March 7th from Las Vegas. The ACMs are produced by Dick Clark Productions, which also would have to sign off on Wallen’s return.

It’s notable that the ACMs were booted from CBS last year when they demanded an enormous amount of money in a new contract. CBS declined and the ACMs are now off of broadcast television. They’ll be shown on Amazon’s streaming service instead. It’s inconceivable that the ACMs would have allowed Wallen to be nominated four times including their Album of the Year if they didn’t expect him to be included in the Amazon show.

Since the scandal broke, Wallen has paid lip service to redeeming himself. But as reported this week, his concerts are still rife with large chunks of fans shouting polarizing things like “Let’s Go Brandon!” (which is code in the redneck world for “F— Joe Biden!”). Wallen has done nothing to calm the right wing element in his fan base. As for racism, the jury is out.

Racism isn’t Wallen’s only issue. He was dropped by Saturday Night Live in October 2020 after flouting COVID protocols. He was later rebooked but it’s unclear now what his status is– or whether the ACMs will care about that either.

Does Bezos really want the Wallen stench to overtake his other businesses? I would think not. So we’ll wait and see what happens next.