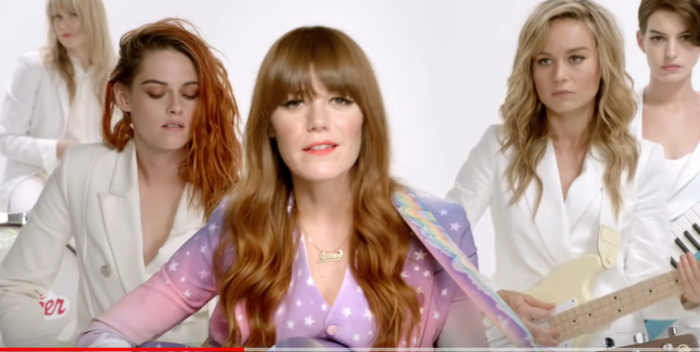 In 2014, pop cult favorite Jenny Lewis released a video for her new song, “Just One of the Guys.”

The video featured three actresses. Two of them wound up getting Oscars. Now the third is nominated for one.

Anne Hathaway had just received hers for Best Supporting Actress in “Les Miserables” the year before, in 2013.

Now Kristen Stewart is nominated for her turn as Princess Diana in “Spencer.” If Stewart wins, Lewis will have three Oscar winners to boast about from that shoot. As it is, she has three Oscar nominees, which ain’t bad.

Lewis, the one time leader of the great band Rilo Kiley, has been on tour opening for Harry Styles. Over the years she’s been touted by Elvis Costello and is very close to Bill Murray. Check out her music. She obviously knows what she’s doing!