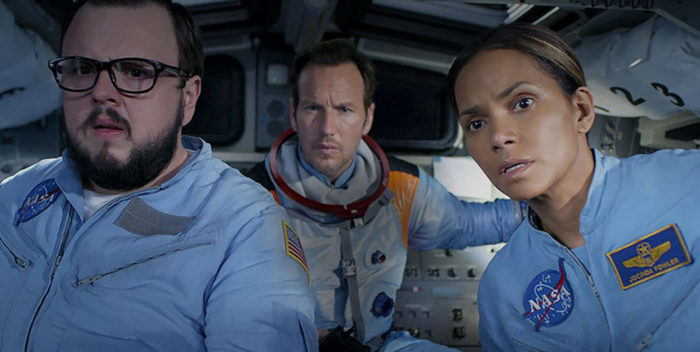 The reviews for Roland Emmerich’s “Moonfall” are coming in now, and they are not pretty.

I wasn’t able to make last night’s all media press screening, but sources from both coasts mentioned the phrase “one of the worst movies ever made” several times.

On Rotten Tomatoes, things are shaping up the same way. Even the two reviewers who labeled it “fresh” went on to mock the movie. With 8 reviews, the current rating is 25%.

“Moonfall” cost at least $150 million for Emmerich, his producers, and Lions Gate. It stars Patrick Wilson, Halle Berry, and Michael Pena. Wilson and Pena are nice guys, but not exactly box office draws. Berry is an Oscar winner, but this is not her finest moment, I am told. The thinking is she needed a payday movie to underwrite her indie film, “Bruised.” No one can blame her.

Emmerich is famous for making big budget disasters. He made one great movie, “Independence Day,” back in 1996. It was well reviewed and incredibly popular. I loved it. Who didn’t? But that seemed to give him clearance to make terrible, big budget critical flops one after another. His trash heap includes the highly laughable “The Day After Tomorrow,” “2012,” and “Stonewall” (a movie I actually don’t even remember).

Who knows? “Moonfall” could turn out to be a surprise hit. But with COVID still hanging around, and a gigantic winter storm coming through for Thursday night and Friday, disaster looms large.

Come back later for a look at the reviews.