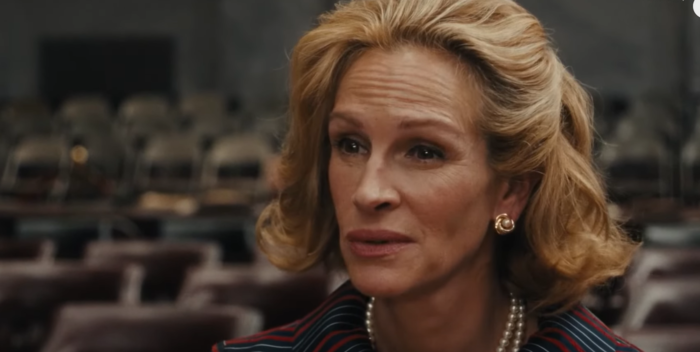 If you were around in 1973-74 the only comic relief in the unfolding Watergate drama was Martha Mitchell. The wife of extremely guilty Secretary of State John Mitchell could not stop herself from picking up the phone and calling the press. We didn’t know back then how this was all going to work out. Woodward and Bernstein get all the credit for bringing down Richard Nixon. But Martha Mitchell’s continuous squawking really helped enormously.

In this teaser from “Gaslit,” Julia Robert looks and sounds sensational as Martha. Sean Penn is John Mitchell, a reprehensible character. I’m looking forward to seeing this. A little surprised that two big movie stars wound up on the Starz Channel, but every dog has its day I suppose. Robbie Pickering, of “Mr. Robot” fame, created this series. It begins on April 24th.