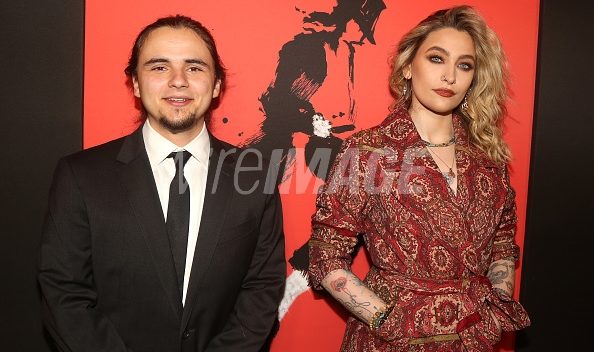 Broadway is not the same these days. You can’t go backstage after a premiere, and there are no parties. It’s all COVID related.

In the case of “MJ The Michael Jackson Musical,” they have to protect the cast.  When Omicron swept through in December, “MJ” missed holiday performances.

But last night — postponed from July 2020– the show finally opened. And a lot of interesting people turned up.

Primary among them were Michael’s eldest children, Prince and Paris. (I didn’t see Blanket aka Bigi, I’m not sure he was there.)

The Jackson Estate was there in full force, starting with John Branca and Karen Langford. They worked hard to make this happen. If I think back to the early and 2000s, this has been a long road for them.

Celebrity wise, the great Brenda Vaccaro was sitting next us in a beautiful, luxurious shawl/cape, loving the show. Tamron Hall was in the house, so was Fox5’s Rosanna Scotto and Rev. Sharpton. I also ran into James Bond impresaria Barbara Broccoli, who’ll be very happy Thursday morning when “No Time to Die” garners some BAFTA nominations.

Come to Broadway! Wear a mask! Bring your vaccine card! And see these shows, from “MJ” to “Company” to the forthcoming “The Hangmen,” a play I’ve been waiting for for three years!