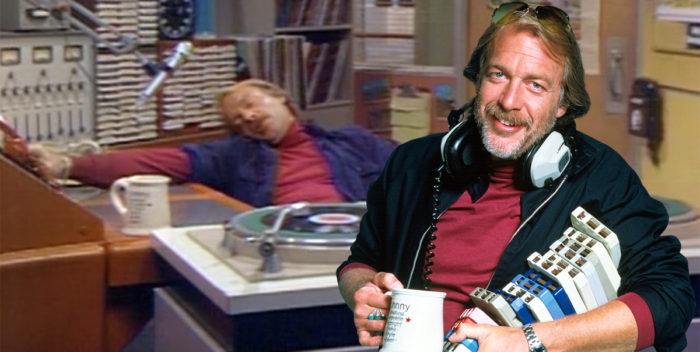 Howard Hesseman has died at age 81. The popular actor played Dr Johnny Fever, ace anti-authoritarian deejay at “WKRP in Cincinnatti” for 90 episodes in the late 70s and early 80s. Hesseman was sasfely subversive comic, not quite Martin Mull, and just shy of “Saturday Night Live”‘s Not for Prime Time Players. He had his own niche, and every one of his appearances was welcome and memorable. Before he was on “WKRP,” Hesseman was on “Mary Hartman, Mary Hartman,” making him cool way before everyone else (just like Martin Mull and Fred Willard).

Laraine Newman, of the original “SNL” cast,” wrote on Twitter: “RIP Howard Hessman. What great times we had. Great laughs and fun going to see Etta James in Manhattan Beach and Joe Tex at The Parisian Room. Staying at your beautiful house in Ramatuellle. Oh god this hurts.”

Michael McKean, who starred with Hesseman in “This is Spinal Tap,” wrote on Twitter: “Impossible to overstate Howard Hesseman’s influence on his and subsequent generations of improvisors. The first time I saw him on stage (Troubadour, ’71, with The Committee) I saw that he was the real deal. He was a friend for 50 years. Howard’s character in Spinal Tap didn’t even exist until 24 hours before the shoot: we’d discovered that the musician we’d hired to play Duke Fame couldn’t improvise, so Rob said let’s give him a manager. I’ll call Howard. He blitzed it, of course. We’d go years without seeing each other (Howard and Caroline lived mostly in Europe) but when we did, he’d hilariously fill me in on the great music, dumb show biz and silly-ass humans he’d encountered. RIP Don Sturdy.”

“WKRP” had a lot of heart and wit, which is why it’s remembered so fondly now. Of course, it was produced by MTM and came from the Mary Tyler Moore world of characters over punchlines.