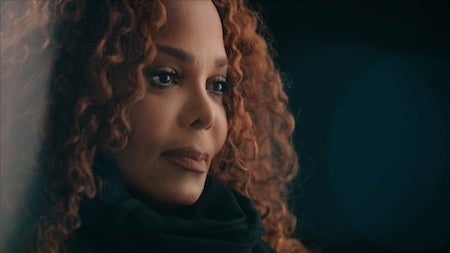 Now we know why there was no press link to part 4 of the Janet Jackson documentary. It was all fiction.

What an incredible and disappointing ending after the first two parts were pretty good, and the third part couldn’t hurt anyone.

But Part 4 skipped over Janet’s marriage to and divorce from billionaire Wissam El Mana, father of her child. His name was not uttered once. They must have quite an NDA. If you watch this chapter you’d think the little boy, Eissa, just materialized out of thin air.

Then there’s the matter of Janet’s abusive father whom she hated. She despised him so much I have a witness who was in the family kitchen with her in the 1980s when Janet came into the kitchen, pulled out a butcher knife, and had to be stopped from killing him.

In 2015, Joseph Jackson went to Brazil on a trip to basically get laid and not with nice women. He had a heart attack and two strokes and had to be retrieved from Sao Paolo. None of the kids would go, but Janet went and brought him back. It was reported everywhere, including in this column.

Really. I found the first evening of the documentary entertaining. But as it split from reality, I had to say something. Sorry, Michael Jackson fans.

There’s also no mention of the incredible family scandal of 2012 when some of Janet’s siblings “kidnapped” Katherine Jackson and took her to Arizona. They wanted Katherine’s inheritance from Michael. It was little Paris Jackson who ratted them all out. Janet was at the center of that. You will note that only Tito and Randy speak in the documentary. Jermaine, Marlon, Jackie, where are they? They are glaringly absent.

A huge omission from Part 1 when Janet claims James De Barge was the first love of her life. This is not true. Janet had a serious boyfriend, three years her senior, with whom she was madly in love. I have very good sources. Joseph broke the couple up because this kid, who was 19, would not become a Jehovah’s Witness. I know this man’s name and I’ve sent him a message. I won’t reveal him name unless he lets me. He’s 58 now, and doesn’t need the grief.

Oh, and let’s not forget Janet’s role in attacking Joseph Jackson’s mistress physically when their relationship was revealed. That’s when Janet found out she was not the youngest Jackson. They all have a younger half sister, Johvanni, who for years worked at McCarren Airport in Las Vegas while the other kids were living it up.

By the way, this was the Joseph Jackson who brought a Michael Jackson imitator with him to the 2009 BET Awards, seriously. I hung out with them. This was four days after Michael died.

One last thing tonight:The new song, Luv I Luv, played over the end credits. It was neither written nor produced by Jimmy Jam and Terry Lewis. But one of the co-writers listed is Randy Jackson, Janet’s brother, who I see has feathered a nice nest for himself after nearly destroying Michael when he worked for him.

Janet is about to bless us with another hit. ‘ Luv I Luv ’ is coming #JanetJacksonDoc pic.twitter.com/AIRkRAmDQ9