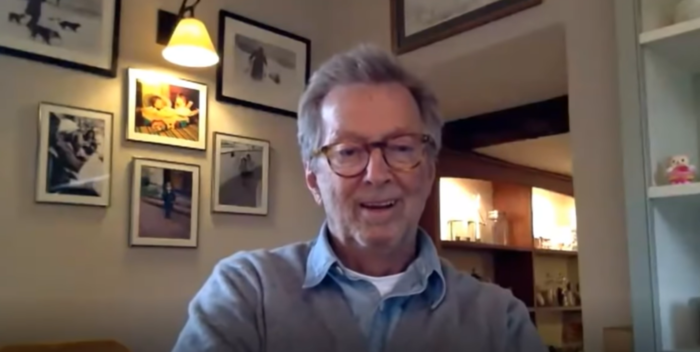 You’ve got to see this to believe it. Eric Clapton is tripling down on his anti-vax babble with a new video interview. He found some guy in Florida to conduct this crazy interview in which Clapton says that before the pandemic he allowed a doctor to give him many shots for pain in his back. But when virus came he bridled at the idea of a vaccine. He’s a total nut job.

Clapton also says that before the pandemic he thought his career was over. (Not sure why he thought that.) He says that people getting the vaccine under some kind of “mass hypnosis.”

It’s really sad to see that Clapton has spiraled down into being a cranky conspiracy theorist who’s lost his mind.