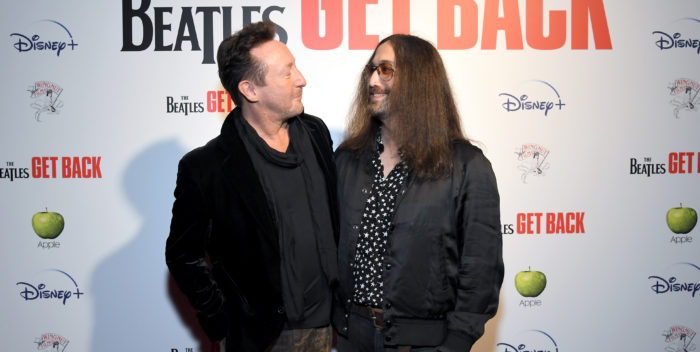 Julian Lennon is auctioning off some of prized Beatles memorabilia.

Well, not really. They’re going to be NFTs– non fungible tokens in the pretend world. He’s keeping the items.

The tokens will include exclusive images of the items with video memories supplied by Julian.

“As an artist, I have great respect for all that my father accomplished in his career,” Julian Lennon said in a statement. “As a son, I hold dear the good memories I have of my time with him. I feel incredibly lucky to live in a day and age where innovation allows me to share such personal pieces of my Lennon family history. Through this NFT collection, I’m able to grant exclusive access to special items that I cherish and carry on the legacy of my father in a new way.”

The Lennon Connection: The NFT Collection sale will take place online on Feb. 7 via Julien’s Auctions. It includes Paul McCartney’s handwritten lyrics to “Hey Jude,” John Lennon’s “Magical Mystery Tour” Afghan coat, the black cape John wore in “Help!” and three Lennon Beatles guitars. Again, you don’t get to have these items in your house. You have the virtual version of them.

Julian is in a tough spot, which is why he’s looking for ways to raise money. John Lennon was murdered in 1980, leaving all his estate to Yoko Ono. Julian eventually had to sue Yoko for some part of the estate and reportedly settled on $25 million.

That’s chicken scratch compared to what Lennon’s Beatles and solo records and publishing are worth now– probably $500 million. All of that goes to Yoko and her son Sean Ono Lennon.It’s inequitable to say the least. Julian and Sean should be splitting their father’s estate in half.

But that’s the way it is. Of course Lennon never expected to die at age 40. But he should have had some plan laid out even then. Artists– you gotta love ’em. The nice thing is, Julian and Sean seem to have a very good relationship as brothers.