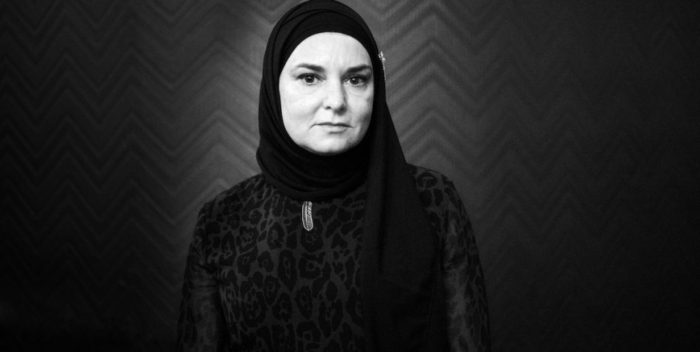 Sundance: Sinead O’Connor is a powerhouse and a deeply affecting performer. I met her only in 2012 at a Curtis Mayfield tribute concert in New York and found her delightful and fascinating.

But a cloud hangs over Sinead. She was severely tortured as a child by her mother both mentally and physically. This beautiful girl with the huge intellect and gorgeous voice cannot escape her part even when she’s tried. Last week, her eldest son committed suicide. She herself has struggled with mental illness issues.

The documentary “Nothing Compares” is playing at Sundance and tries to grapple with some of this although it stops in 1993. It is largely a clip job but the audio is fascinating. It plays like a radio play or a podcast. It’s engrossing but lacking in many important details. Little of Sinead’s music is included, especially the title song, “Nothing Compares to You.”  Either the producers couldn’t afford to license it, or O’Connor’s people wouldn’t allow it, or Prince’s people wouldn’t allow it. Whatever, it’s a huge gaping hole. Also, for some reason the clip of her ripping up the Pope’s picture on “Saturday Night Live” isn’t here. Again, this may be a budgetary issue.

What’s clear is that “Nothing Compares” is the starting point for what could be a great doc in the future. O’Connor was ahead of her time in almost all realms and has paid a dear price for that. Her own detailing of abuse at her mother’s hands and in the Church are terrifying and sad. I am so sorry for what she’s been through with her son (none of that is in the doc). Again, the night we hung out in 2012 she was an absolute delight. God bless her. But this film doesn’t do her justice.

PS I went to her Beacon Theater show when “Nothing Compares to You” was number 1. The level of intensity in the sold out venue was off the charts.. Nothing ever compared to that.