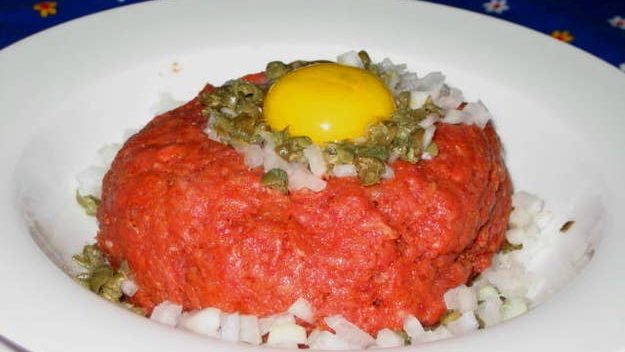 You will want to become a vegetarian after watching “Fresh.” Or should I say, “Flesh.” This is a horror movie that is pretty disgusting, not terribly clever, but one that Disney- yes, Disney– will release this year.

Premiering at the Sundance Film Festival, Mimi Cave’s “Fresh” is a movie about cannibalism. Yes, cannibalism, the eating of people. Yes, Disney. It’s not a parody or a satire like “Get Out.” It’s a straight up horror film about a charming doctor, played by Sebastian Stan, who seduces women, kidnaps them, and carves out pieces of them for sale to high paying customers. Eventually, they’re all carved up and dead.

Written by Lauryn Kahn, I guess “Fresh” is supposed to be hip. It’s way too hip for me, that’s for sure. (Hip may be on Dr. Steve’s menu.) Disney will release it not on DisneyPlus but on Hulu, and try and distance their brand name. But it’s Disney, folks, nonetheless.

Plodding along the lines of “Get Out” and “Parasite,” “Fresh” may considered hip because a woman wrote it and another one directed it. But women can make the same mistakes as men. Just because you’ve got a good cinematographer and production designer doesn’t mean you’ve got a good movie.

At his country house, Steve has imprisoned other women when he brings Noa (two by two?) to his lair. She wakes up drugged and chained in a room, where Steve explains how he’ll be carving her up. And he does. From different women he’s taken pieces of their posterior, legs, and other body parts. We get to see interspersed scenes of Steve’s rich, fat customers chowing down on his victims. At one point, he invites Noa to have one of his gourmet meals, and they discuss which part came from which girl.

(Is this a sly comment on veganism vs. carnivores? I doubt it, and the intent isn’t there for satire.)

All that saves the film is the casting. Noa is played Daisy Edgar Jones, who comes mostly from TV and is very appealing. Noa’s best friend is Mollie, played by Jojo T. Gibbs, and she makes an impressive movie debut. Dr. Steve is none other than Marvel’s Bucky Barnes, Sebastian Stan, who is not getting good advice on film roles– he should not have done this. But maybe it’s part of his Disney-Marvel deal.

Of course the whole thing ends up with a bloody climax and denouement. Cave manages to ratchet up the tension and drama, but nothing here is as sophisticated as they think it is. There is a slight twist when Mollie meets Steve’s family, but I’ll leave that unspoiled here in case you see “Fresh.”

I’m bewildered by this turn for Searchlight, the studio of “Nomadland” and “The Shape of Water,” and so many wonderful films. I can’t image the former stewards of this studio wanting this on their resume. But horror is cheap, and it’s ‘in’.