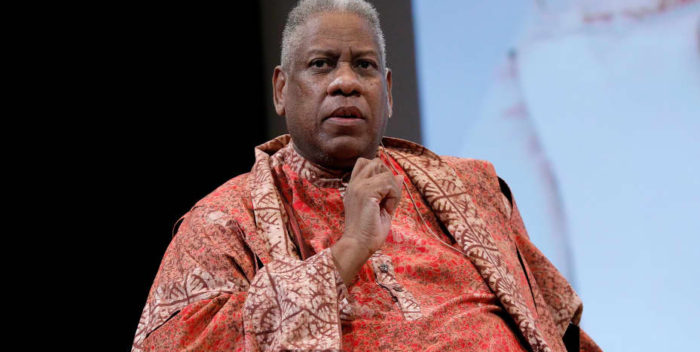 UPDATE: Vogue finally posted a tribute at 9:45am. They were literally the last site to do so.

This is disgraceful: Vogue.com and Vanityfair.com are the only outlets that haven’t acknowledged the death of Andre Leon Talley.

The announcement was made last night and since then every major media outlet has done a tribute, including the New York Times, New York Magazine, and even British Vogue.

But here in the city, fashion fiefdom of Anna Wintour, silence at the two major Conde Nast publication with which Talley was associated for over 30 years. By 9:15am there was still nothing.

Wintour’s pettiness knows no bounds. She fired Talley, refused to speak to him, and then bristled when he spoke out about his shabby treatment at her hands.

Talley told the Times in February 2020: “Dame Anna Wintour is a colonial broad. She’s part of an environment of colonialism. She is entitled and I do not think she will ever let anything get in the way of her white privilege.”

Talley’s memoir, “The Chiffon Trenches,” and subsequent documentary (see below) chronicled his miserable experience with Wintour.

It does seem that Wintour has blocked US Vogue and Vanity Fair from writing about Talley. Why anyone would go to the Met Ball is a mystery, knowing what she has done here. Really, really in poor taste.

But kudos to British Vogue’s Edward Enninful, who’s put up at least two tributes on his website.

If things change, and either site finally deigns to do something, I’ll update here.