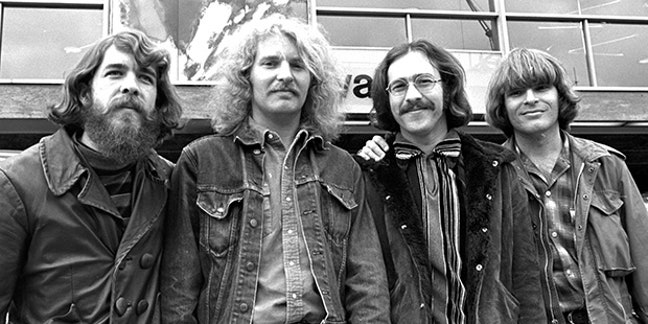 What year is it, again?

Nearly a third of today’s iTunes top 100 is taken up by oldies. And some are not so golden.

The actual number is 28, and that’s not just limited to the late great Ronnie Spector singing “Be My Baby.”

There are several tracks from Credence Clearwater Revival, including “Have You Ever Seen the Rain,” at number 17.

There are also a few, regrettably, from late 90s bands Nickelback and 3 Doors Down.

The strangest entry is the Edison Lighthouse single, “Love Grows Where My Rosemary Goes,” from 1970. That was a one off hit in bubblegum pop history.

Also floating around the top 100 are The Police’s “Every Breath You Take” and Bon Jovi’s “Livin on a Prayer.”

What’s not on the top 100: Anything by Jack Antonoff and the Bleachers despite appearing on “Saturday Night Live” live last night.

So what’s going on here? Is it an iTunes promotion clogging the chart? Or a lack of interest in current music? Or both? Nature, you know, abhors a vacuum.

The record buying public is even rejected The Weeknd’s new music, released just a week ago. His single, “Sacrifice” is number 80. The album. “Dawn FM,” is falling out of the top 5. This is s shocking collapse after his monster hit, “After Hours,” ran the charts for months and months.