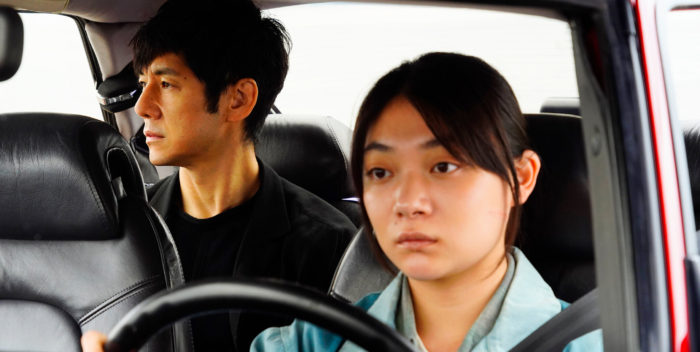 I wish I knew what the point was of all this: the National Film Society of Critics voted Best Picture to “Drive My Car,” an almost three hour Japanese film that most people know nothing about. It’s a very good film, and a long one, but it was already named Best Picture by the New York and Los Angeles film critics groups. So what’s the point?

Best Actress went to Penelope Cruz of the Spanish film, “Parallel Mothers,” which I support totally. Best supporting actor went to Anders Danielsen Lie, of the Norwegian film, “The Worst Person in the World.” Only Ruth Negga, who won supporting actress for “Passing,” counts English as a first language (she’s Irish, born in Ethiopia).

Because the NSFC gave “Drive My Car” Best Picture, they didn’t choose a Foreign Language Film from a wide field of deserving pictures.

Frankly, this was a big “f-you” to American and British filmmakers and films made in English. It was the same to the larger film going audience. The NSFC could have shaped the conversation about a group of films headed to the Oscars and struggling at the box office. But the message is “We’re so cool we don’t have to like anything you’re being offered.” So why should anyone bother going to theaters if the critics say forget it?

I’m not talking about giving awards to blockbusters like “Spider Man” or “No Time to Die.” With good movies from Spielberg, Branagh, Campion, PTA, Joel Coen, Villeneuve, Miranda, Sorkin, not mention “CODA,” and so on, it’s kind of insulting to thumb your nose at your own business. (I’m not supposed to say this, but the film critics still don’t get if they don’t support the movie business, they will be out of jobs.)

Anyway, Cruz and Negga could proceed from here to the Oscars since they’ve been nominated before and have some standing. But the two winning actors I doubt will get that far. And “Drive My Car,” a very good film, should be in Best Foreign Language Film. As well, this means that other really good foreign films, like “A Hero” and “Parallel Mothers,” were denied some good publicity from being selected in that now excised category.

I know there’s a Film Twitter feeling that “Drive My Car” will be “Parasite,” win Best Picture and really up-end the film business. If that’s how the Oscars seem like they’re going, no one will watch the broadcast on March 27th. This is what’s happened to the Emmy Awards: the statues go to shows with small audiences, minuscule, no one watches the Emmys as a result. If the point is to make all this irrelevant, we’re headed in that direction very fast.