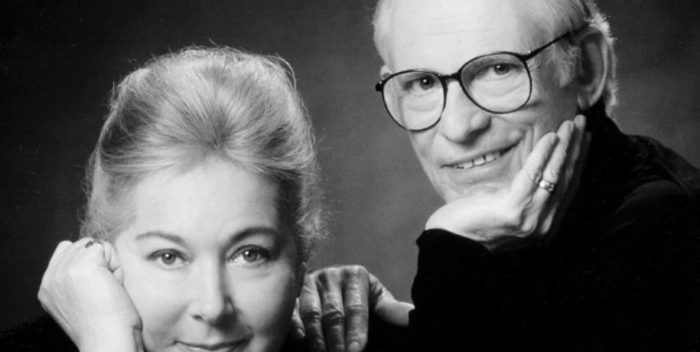 The great lady and lyricist Marilyn Bergman has died at age 93 in Los Angeles. She and her husband, Alan, wrote the words to dozens of memorable hit songs starting with “The Way We Were.” (Alan is still alive.) The couple was like family to Barbra Streisand, who recorded albums of their songs. They were also philanthropists and popular personalities in the music biz and Hollywood. Marilyn was one of the greats. What a week!

The Bergmans won Oscars for the songs “The Windmills of Your Mind,” “The Way We Were” and for the score for “Yentl.”  The couple was nominated 16 times- for such songs as “It Might Be You” from “Tootsie,” “How Do You Keep The Music Playing?” from Best Friends, “Papa Can You Hear Me?” and “The Way He Makes Me Feel” from “Yentl,” and “What Are You Doing the Rest of Your Life?” from “The Happy Ending.” My favorite– and a lot people will say this– is “The Windmills of Your Mind” from “The Thomas Crown Affair.”

I was lucky enough to witness this recording of a Bergman song: