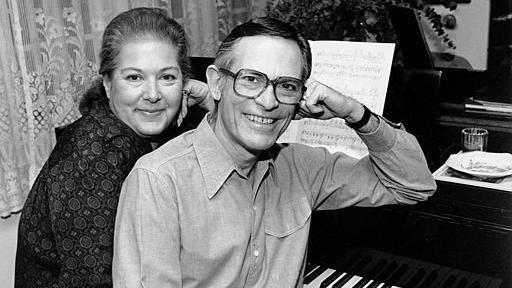 Marilyn Bergman and her husband, Alan Bergman, wrote the lyrics to Oscar winners, hit songs, everything you can imagine from “The Way We Were” to “The Windmills of Your Mind.”

But they also wrote the lyrics to three famous TV themes: “Good Times,” “Maude,” and “Alice.” If you wanted an evocative lyric in the Golden Days of songs, you went to the Bergmans. They were the gold standard along with Hal David (who wrote with Burt Bacharach) and Comden and Green from Broadway. Alan, born in 1925, is hanging in there. But a great chapter is coming to an end.

Two of the shows were produced by Norman Lear, of course, “Good Times” and “Maude.” The 99 year old producer wrote on Twitter:  “There was only one Marilyn Bergman. No one knew that more than her husband and partner in music, Alan. To those of us who loved the Bergman’s lyrics, Marilyn takes a bit of our hearts and souls with her today.”