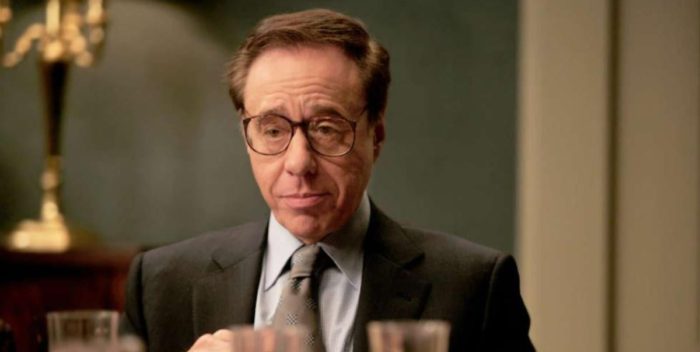 I’m very saddened by the news of the passing of Peter Bogdanovich. Rarely has a key director and film historian had so many friends and admirers in the business. I’m lucky to have counted myself among them. Despite a lot of controversial moments in his personal life. Peter had a lot of connections. He was his own social media and everyone liked him despite the crazy noise around him. I will really miss him.

Here’s the link to his Times obit.

There was a time in the 1990s when Peter was living in New York, married to Louise Stratten, sister of Dorothy Stratten, and that was a whole scandal. He was doing some acting — he appears in Noah Baumbach’s “Mr. Jealousy” as a shrink. So I got to hang out with him then, circa 1995-98, and that solidified a friendship that went on for some time. Obviously, he’d made great movies from “The Last PIcture Show” and “Paper Moon” to the hilarious “What’s Up, Doc?” and of course, “Mask.”

There were some that didn’t work, some were spectacular failures, but you always had to admire his ambition and his talent. And the great thing was that he admired the great talents of the past, his idols Hitchcock and Welles, among others. Aside from Martin Scorsese, was there ever a director who such a film buff, and who could articulate  the medium so well? Talking to Peter, reading his books, watching him was an invaluable education.

Here’s a little PS: I, my brother, and my mother all appear in Peter’s final film, “She’s Funny That Way,” released in 2014. Originally titled “Squirrel to the Nuts,” the film boasted quite a cast including Owen Wilson, Jennifer Aniston, Cybill Shepherd, Imogen Poots, and Richard Lewis. It’s actually a funny movie, but weird, a little off kilter. Part of the story entails the main players going to a Broadway opening. My mom was invited by producer Holly Wiersma to sit in the fake audience as a theater critic (she’s retired now). They used the United Palace Theater in Harlem. Peter included my brother and me as well. I didn’t think we’d make it on screen but we did because Peter went out of his way to cut us in. I just remember a fun day watching Peter work, and Cybill Shepherd, the love of his life, cracking wise with us all afternoon.

You know that Peter was played by Ryan O’Neal– who’d starred in “Paper Moon” and “What’s Up Doc?”– in a fictionalized account of the director’s divorce from the great costume and production designer, Polly Platt. It was a 1984  Charles Shyer movie called, “Unfaithfully Yours,” starring a young Sharon Stone as Cybill Shepherd, with all names changed. Shyer’s then wife, Nancy Meyers, co-wrote it. It was a flop but it made Peter legendary, and this was after a run of movies in the 1970s that had already made him a legend. Pretty cool, even if he came off very badly.

Condolences to Peter’s daughters, to his ex wife Louise, to Cybill Shepherd, to his friends who have so many stories about him they’ll be sad not to get to tell them at a big memorial service that could have gone on for days. I will really miss him. He was one of a kind.