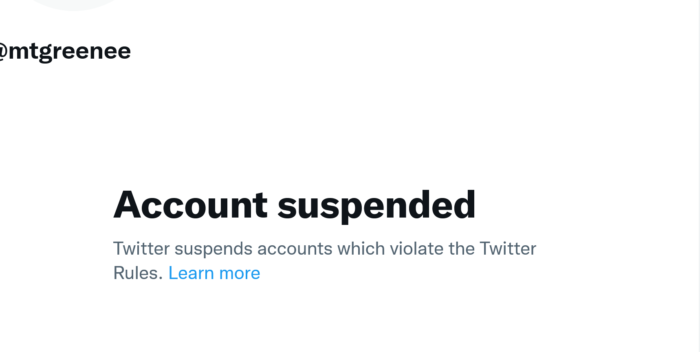 Marjorie Taylor Greene has been silenced.

In a very right move, Twitter has suspended the crazy Georgia congresswoman from spouting disinformation via her social media account. All other social media outlets should do the same immediately.

Greene isn’t just crazy. It’s easy to make fun of her stupidity. But she’s also dangerous. She stands for everything that is unAmerican. She’s racist, anti-Semitic, and anti-science. She disseminates lies that seep into the psyches of the uneducated and unsuspecting.

The Twitter ban is over Greene’s spreading of misinformation about COVID-19. But it’s not a complete ban. She she still has access to her government account. When Twitter turns that one off, we’ll be rid of her at least on this platform.

But look at her December 24th Tweet on that account. It reads: “Let us celebrate the true reason for the season, the birth of our Lord, Jesus Christ! Merry Christmas, Northwest Georgia!” Greene doesn’t care that there’s a separation between church and State. She is a miserable redneck who must be unseated in her next election, if not removed by Congress before then. 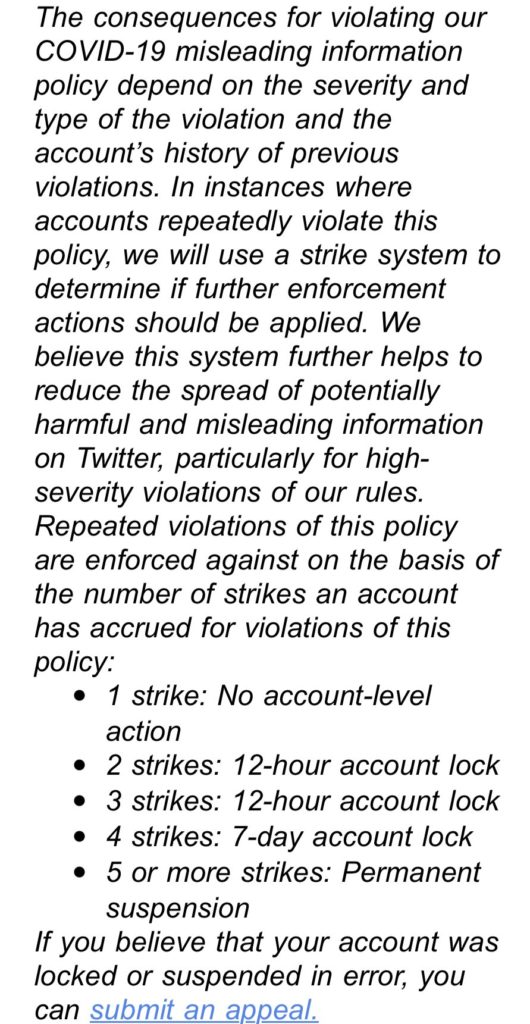