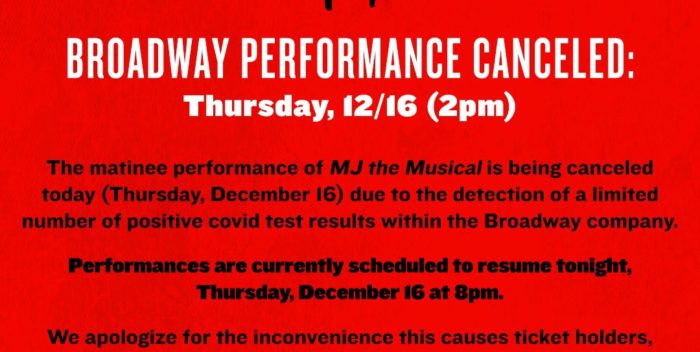 They don’t wanna be startin’ something. So there’s no show tonight after last night’s show had two performers out with an undisclosed malady.

Their announcement says “non COVID related.” Uh huh. But as I wrote earlier today, last night the main adult actor who plays Michael, Myles Frost, did not return from Act 1. After intermission, his understudy went on. Before the show, five other understudies replaced sick cast members.

Maybe Patti Lupone’s toilet can explain all of this to us!

“MJ” had no show scheduled for December 31st, so they’ll be back on New Year’s Day.

Also, “Moulin Rouge” is out tonight. 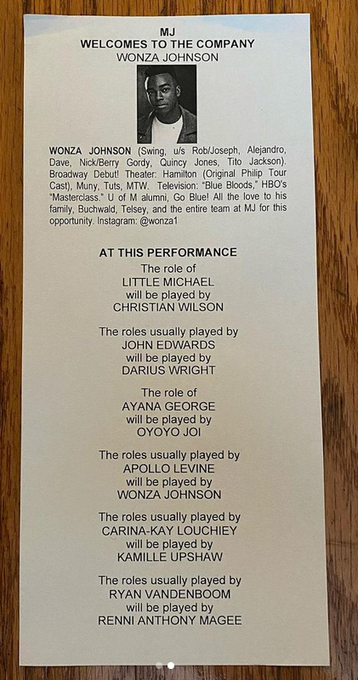