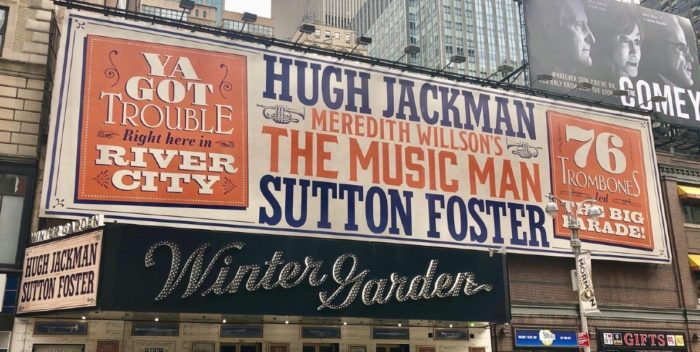 WEDNESDAY UPDATE 8PM “The Music Man” will not return until Hugh Jackman’s vacation is over on January 6th. They just announced this after reading our story. No understudy for Hugh! And no shows Jan 2-5.

TUESDAY Here’s a little PS on Hugh Jackman, whose COVID diagnosis was the last straw in closing down “The Music Man” on Broadway.

The show says it’s returning on January 2nd. But Jackman is out through January 5th.

Ticket holders for shows on the 2nd, 3rd, 4th, and 5th have received notice of this already. It’s also listed with Jackman’s vacation dates on the Telecharge website.

So Jackman’s understudy will be there if the show returns from COVID clean up on January 2nd. And forgive me, I know we love the understudies, but if you’re paying hundreds of bucks to see Hugh Jackman, and Sutton Foster, well then, understudies are not acceptable — especially when it takes voodoo, Penn & Teller, and a rabbit’s foot to get these tickets anyway.

When Scott Rudin (he’s the producer whether you like it or not), had Bette Midler in “Hello, Dolly!” he at least brought in Donna Murphy for Bette’s breaks and vacations. She was great. But for Hugh? A fine performer, no doubt, will play Harold Hill. But it won’t be a Tony winner or nominee.)

Here’s the proviso on the Telecharge site. At least they expect Mr. Wolverine to still be there next fall. 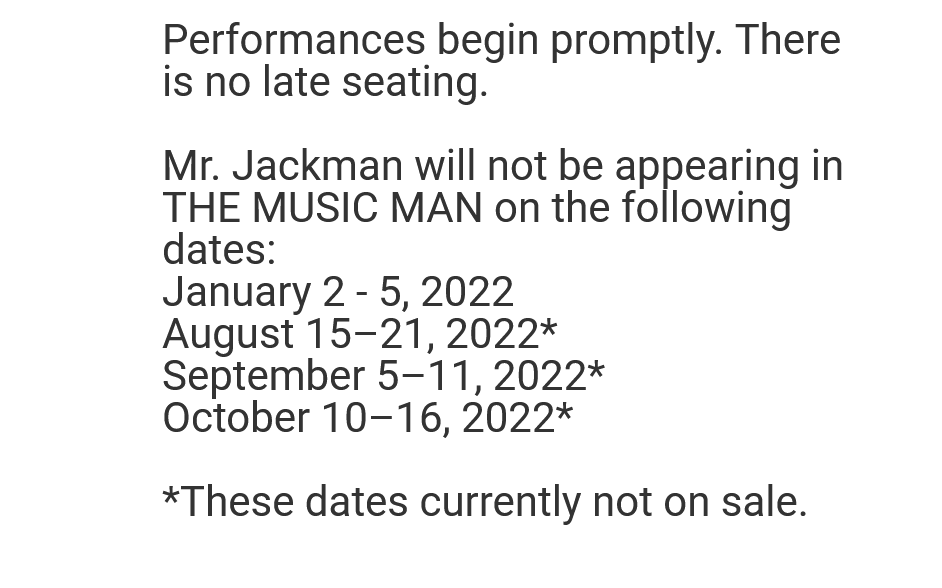