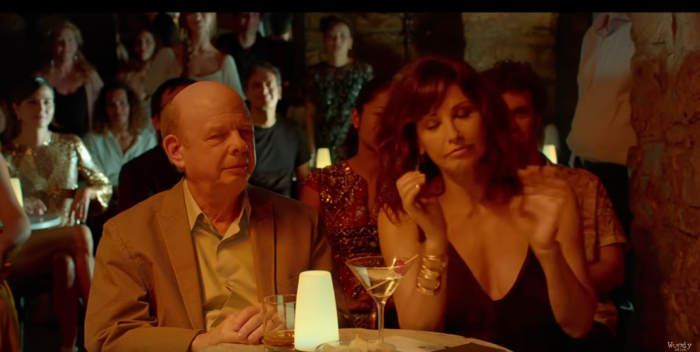 “Rifkin’s Festival” is finally coming to theaters and streaming on January 28, 2022.

The Woody Allen comedy has been available since 2019 but cowards that they are, no big name distributor would step up to take it. As with “A Rainy Day in New York,” the new movie will come from MPI Films, and I applaud them for releasing a hilarious movie by one of our most important filmmakers.

I reviewed “Rifkin” a little more than a year ago. Here’s the link. I found myself laughing out loud at so many of Allen’s jokes. Shawn plays a stand in for the Woody character. Gina Gershon is terrific with his zingers as well. This week we were asked to vote in the Critics Choice Awards for Best Comedy. There are no comedies anymore. I wish I could have written in “Rifkin.” I will next year.

Woody Allen just turned 86 years old. He’s been married for 25 years and has two college age daughters. He’s made some of our finest films, more than two dozen sensational ones, and another two dozen really interesting and good ones. He’s one of our best writers and filmmakers but his scorned lover, Mia Farrow, has hypnotized her children against him and conducted a public campaign that makes no sense. It’s common now for people to blurt out, “Woody Allen married his daughter” or some such nonsense without any regard for actual, not alternative facts.

So by all means, go see “Rifkin” or stream it on VOD, “Rainy Day” as well. We need some good laughs right now.