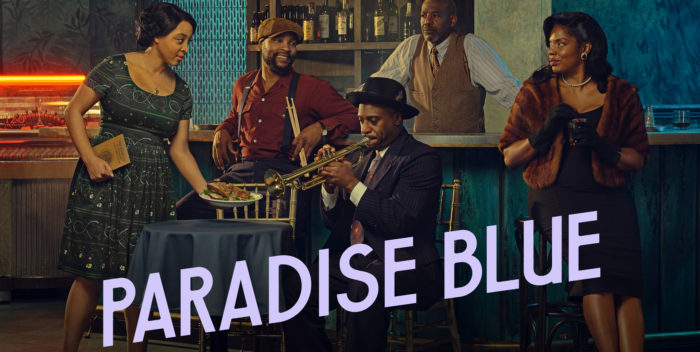 Domininque Morisseau is best known to Broadway audiences as the author of the book for the hit musical, “Ain’t Too Proud,” about the Temptations.

But she’s also playwright of non-musical plays including one called “Paradise Blue,” that’s part of a trilogy. Yesterday she announced she’s pulled “Paradise Blue” from performances at Los Angeles’s Geffen Playhouse because of an undisclosed incident backstage involving what she terms the disrepect for Black female artists on the creative side.

“Paradise Blue” is no longer listed anywhere on the Geffen website.

Morisseau doesn’t specify what happened to tank an entire production instantly. (Anyone who would like to fill us in on more details in confidence please email me at showbiz411@gmail.com)

“Dear Theatre Village,
My play Paradise Blue will no longer continue its run at the Geffen Theatre.
There will be a lot of sweeping under the rug of why.
There will be a lot of institutional language. A lot of “unforeseen circumstance” type of language. A lot of “we regret to inform you”.
But the sweeping under the rug is a part of the harm. I sweep the whole damn floor. Nothing hidden under the rug. That ain’t cleaning. That’s presenting an image of clean. And that’s not what I do.”

Alas, even with a long post, which I will reproduce below, we still don’t know what happened. The playwright says: “Harm happened internally within the creative team, when fellow artists were allowed to behave disrespectfully. To not acknowledge their impact on one another. To center themselves and their personal struggles over everyone else’s.”

Morisseau continues: “When an institution has the final say on how harm will be addressed. On whose harm matters and whose doesn’t. When Black womxn are verbally abused and diminished, and this is brought to the attention of the theatre by myself and other creatives, and the theatre applauds the Black womxn for how they “take” the abuse…..
I say no more.”

It wasn’t that long ago that playwright Jeremy O. Harris said he was canceling the run of his play, “Slave Play,” from another Los Angeles theater because of what he cited as a lack of gender parity and diversity at the theater. He didn’t actually have that power but his threat was enough to elicit promises of change.

Morisseau is obviously enraged. She writes:
“I am sharing this publicly not to shame the Geffen. They have produced my work in the past. I thought of this place as one of my first west coast homes for theatre. I don’t have many.
This has gutted me.
To think of myself as a playwright who is only trying to contribute humanity and heart to the world, and to have my own humanity and heart crushed and discarded…
This has made me feel insignificant. Foolish. And hugely disrespected.
I demanded that an apology happen from a creative team member for their abuses against other members of the creative team or they do not continue to work on my play.
And instead of staunchly backing this, the Geffen continued to enable more abuse.”

We continually examine our best practices so artists and staff feel safe and can achieve their best work. In this case, we acknowledge having fallen short of this commitment. We have apologized to everyone involved, and in learning from this experience, we commit to continuing our ongoing work to improve and evolve as artists and collaborators.

We respect Dominique Morisseau and her work enormously, and we are proud of this powerful and beautiful production.