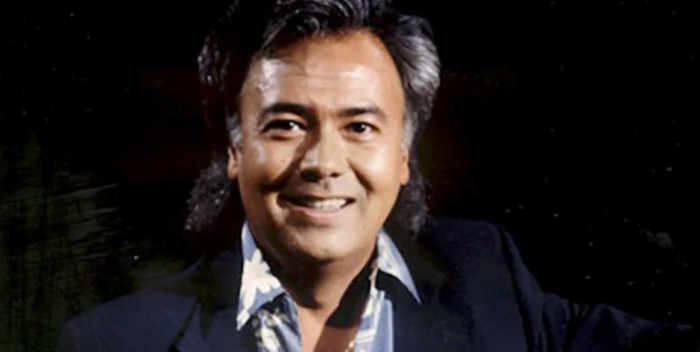 Two deaths to report this morning, each talented people too young.

Billy Hinsche, 70, was part of the teen pop trip Dino, Desi, and Billy from the mid 60s. Dino was Dean Paul Martin, son of Dean Martin. Desi was Desi Arnaz, Jr. They were like the Jonas Brothers but not as successful. Still, they were on the cover of “Tiger Beat” for weeks and months on end.

Hinsche went on to join the Beach Boys touring band through the 70s. His sister married Beach Boy Carl Wilson and Billy was on the board of the Carl Wilson Foundation. So that tied him to several famous families, all of whom in some way have posted tributes to him today. Ironically, Billy appeared Friday on the excellent Dean Martin documentary that aired on TCM, “King of Cool.”

On Instagram (see post below) Lucie Arnaz writes that Hinsche died of “Giant cell carcinoma. Only diagnosed a couple weeks ago. It ravaged him like an out of control train.” What a shame. I’m told, in another strange coincidence, that Billy’s mom passed this week as well.

From a British Beach Boys site:

Billy’s long association with the Beach Boys has included performances for Presidents Ford, Reagan and Bush, and sold-out shows at major stadiums and venues worldwide. Billy appeared with the Beach Boys at the original Live Aid in 1985 and sang on Elton John’s recording of “Don’t Let The Sun Go Down On Me,” Warren Zevon’s “Desperados Under the Eaves” (produced by Jackson Browne), “Hat Trick” by America and many other recordings of note.

His original songs have been recorded by Carl Wilson, Dean Martin and Nelson Riddle; and he wrote the television theme song for “Automan” (1983). His song, “Patria” was considered for an Emmy nomination in 2002 for the “I Love Lucy 50th Anniversary” television special.

He co-wrote DD&B’s “Lady Love” with Brian Wilson. Billy also holds a BFA degree in Motion Pictures/Television from UCLA and his vintage Beach Boys footage has appeared in many television documentaries. He is also a published writer of several music related articles.