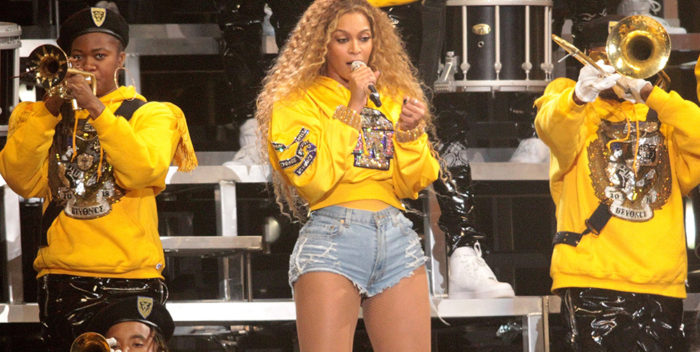 As the Oscar season movies roll out, so do a bunch of songs written especially for them. Most are by big pop stars or written by the, all aiming to make the top 5 Best Song nominees for 2022 Academy Awards.

Prominent among them is Beyonce, who is considered the Princess of R&B or something, but really doesn’t have that many hits. If you count them up, she runs very far behind Aretha, Tina, Whitney or Mariah just among R&B singers.

Last Friday, November 12th came a song Beyonce recorded for “King Richard,” the Will Smith movie about Serena and Venus Williams’ coaching father. When I heard “Be Alive” in the movie during a screening, I was surprised. Rather than let a new Beyonce song play unimpeded over the end credits, director Reinaldo Marcus Green cut in over it with home movies from the Williams family. You can just about hear the song if you strain for it. Otherwise, “Be Alive” is hidden.

Beyonce fans have met the song with apathy. It languishes now, a week after release as a single, at number 64 on iTunes. Pop radio isn’t playing it, neither is contemporary R&B. Beyonce has done nothing to promote it. So “Be Alive” is essentially DOA unless the music branch of the Academy rediscovers it. But that seems unlikely. Beyonce has ling exhibited an attitude that the Academy should come to her. But the mountain, as they say, is not coming to Mohammed. The future looks bleak for a change on either side.

There was also some hope that Beyonce might have a new album coming in conjunction with “Be Alive.” But that looks unlikely, too. Meantime, Adele– back on the charts after six years– has 14 spots tonight on the iTunes Top 100.