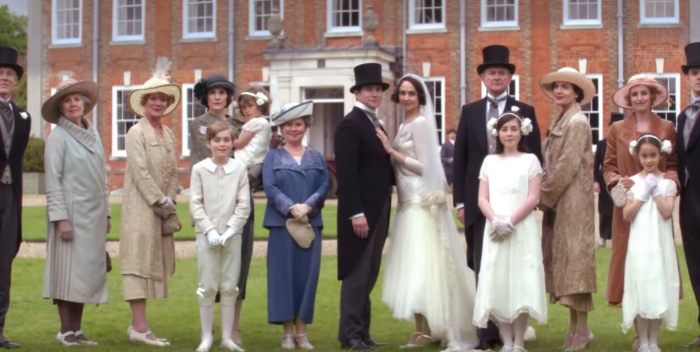 “Downton Abbey: A New Era” is the second installment of the movie version of our beloved TV series. The trailer has dropped in New Zealand and we have it below.

What happens? A lot! Branson marries that girl who was the illegit daughter of the Granthams’ cousin, and inherits the whole estate. We knew that was coming.

Violet, the Dowager Countess, informs the family that instead of dying of cancer she’s inherited a villa in the South of France. As you do! So off the goes the whole gang on an adventure.

In the trailer there’s no sign of Matthew Goode, who plays Mary’s race car driver husband. Is he dead? Has she lost a second husband, and to a car crash? Poor Mary. Do all her husbands have contractual issues?

Meantime, all the kids have suddenly grown up. Little Sybil looks like she’s 12. Will someone tell her that Jessica Brown-Findlay, who played her mother, made the worst career decision of all time by leaving the show after 3 seasons? Ditto for Mary’s son, George, regarding Matthew (Dan Stevens).

Hugh Bonneville looks a little different in the video. Maybe he went on the Keto diet.

The Crawley family comes crawlin’ back next March. Julian Fellows, as usual, looks like he’s done a fine job. And there’s even a Black jazz singer featured in the clip. (The only Black people the Crawleys have ever met are jazz singers, you know.)