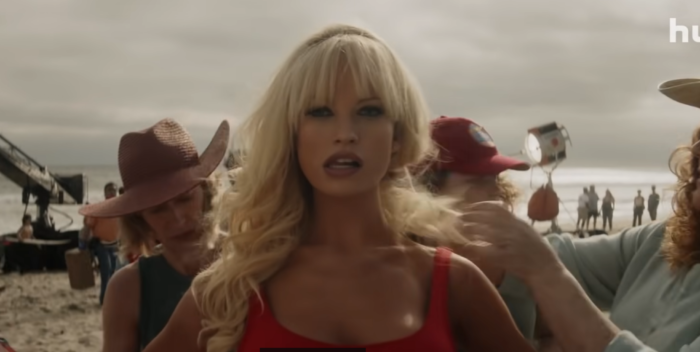 So: Lily James got her career break playing Cousin Rose on “Downton Abbey.” She was meant to fill in for Sybil, who died in childbirth after the actress left the show and Julian Fellows killed the character. Remember?

Cousin Rose was married off to a nice Jewish guy and they went to America, where Lily James has never stopped working. Now she’s playing Pamela Anderson in a satire about the making of Pam and Tommy Lee’s sex tape. It’s a white trash fest, quite the opposite of “Downton Abbey.”

The aptly named “Pam & Tommy” will be on Hulu February 2nd. Sebastian Stan plays Tommy. Seth Rogen and Nick Offerman are the videographers. No scones will be served. And this is why Lily James can’t be in “Downton Abbey” sequels. (She’s very good in “The Pursuit of Love” on Amazon Prime.)