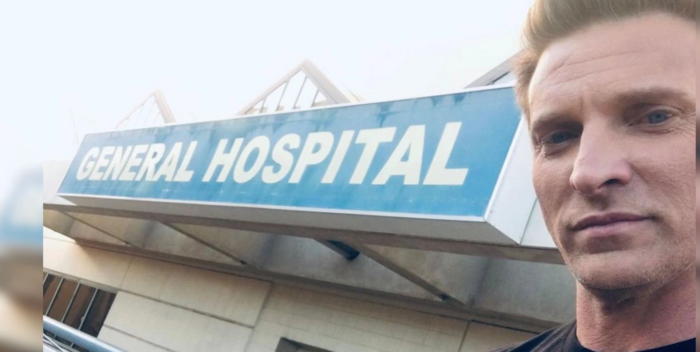 This is pretty funny. 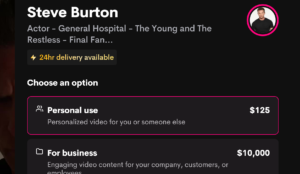 Steve Burton, long time actor on “General Hospital,” may be checking out of the show soon over his refusal to get vaccinated. Burton, who’s already had COVID, is said to be in defiance of ABC-Disney’s vaccine mandate and will soon find his character either dead or recast, maybe as early as next week.

If Burton loses his “General Hospital” paycheck, he’s already hoping to boost his income with new sources. Like a lot of other low level celebrities looking to pick up extra cash, he’s joined Cameo.

Cameo, if you don’t know, is where minor characters can get some bucks by recording personalized videos for fans. The entertainers on there are Mr. T, Don Johnson, Lindsay Lohan, and so on. Most charge around $150 for birthday or anniversary greetings, that sort of thing.

But some of the celebs charge a lot more for “business” or corporate inspirational spots. Those seem to average $2,500, not much more. A few people charge $5,000. But Burton, who is no Susan Lucci or Eric Braeden, is asking $10,000 for his business greeting. Yes, ten thousand dollars. It’s unclear if there are any bites yet. The good thing is, they’re all done by video. So it won’t matter if he’s vaccinated or not.

If Burton is out at the soap opera, what will his inspirational message be for $10,000? “Hi, this is Steve Burton, former soap star. I left my high paying job at Disney-ABC because I refused to get a perfectly safe vaccine. Those corporate monsters can’t tell me what to do!”

Just a note: if you have $10,000 and need such a corporate video, Smokey Robinson, one of the greatest people ever, is on there and charging the same amount. And he might even sing to you!