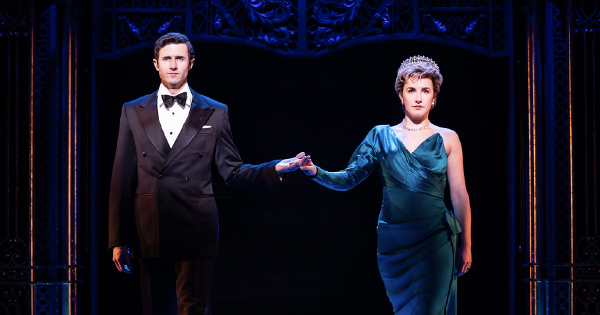 At long last, “Diana: The Musical” has opened on Broadway like a meteor set to destroy the Earth.

The reviews are scathing. The New York Times calls it “exploitative.” Deadline.com, which likes everything, labels it “a royal mess.” Broadwaynews.com says it’s so bad “it must be seen.”  Washington Post drama critic: “As with the car crash that took her life, the most appropriate response to “Diana” the musical is to look away.”

These were not the first negative reviews. Last Friday, a man sitting in the orchestra reportedly yelled “F— you!” at the actor playing Prince Charles.

And this after a disastrous filming and showing on Netflix panned by everyone who came near it. On Rotten Tomatoes, the filmed version has a lowly 12%.

Indeed, the reaction to “Diana” is like watching Max Bialystock and Leo Bloom read the reviews for “Springtime for Hitler,” before the plot twist. “Diana” may gone down in history as worse than the previous record holder for a disaster, “The Moose Murders.”

Who is responsible for this catastrophe? The book writer Joe DiPietro, The musical’s songwriters, David Bryan and DiPietro, the actors who are one after another hideously bad, the producers who persisted in this even when the pandemic might have set them free from actually opening.

Can “Diana” remain open until tomorrow? Or will this wretch of a musical that famously rhymed “the thrilla in Manila” with “Camilla” close tonight? There is no advance sale to speak of. According to the Telecharge maps, Saturday night this week is fairly empty. And then it gets worse. Next Saturday, during the Thanksgiving weekend, you could sail paper airplanes through the Longacre Theater during the performance and not bother a patron.

Maybe the Netflix sale, so unusual, helped keep things going. The budget, however, is well into the millions already, even if Netflix helped offset it. That money is gone. The party at the Palace (Buckingham) is almost over. If the announcement doesn’t come tonight or tomorrow, by the weekend it will surely arrive.