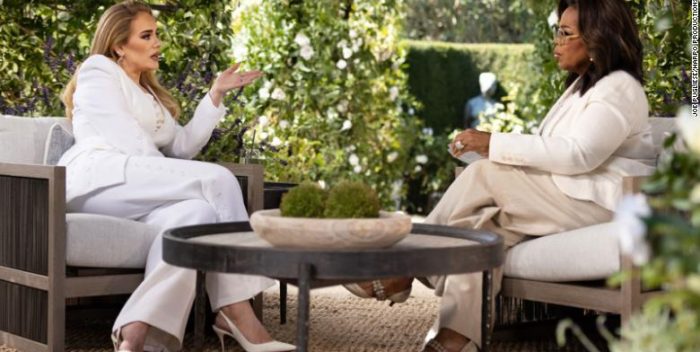 The Adele-Oprah special on CBS was a big hit. The show hit 10.3 million viewers and was the top entertainment show for the night on broadcast TV. The only programming that beat it was NFL football and “60 Minutes” preceding.

“One Night Only” was closely followed by “Yellowstone” on cable’s Paramount Network with 7.4 million viewers.

The Oprah-Adele special was kind of a doorstop the way it was set up, not really a concert but pieces of one broken up by insipid interview questions about Adele’s divorce. It was as if Oprah never met anyone who’d been divorced. Adele’s hits were great, and Ben Winston’s production made the Griffith Observatory glow. But Adele’s new songs are like sleeping pills.