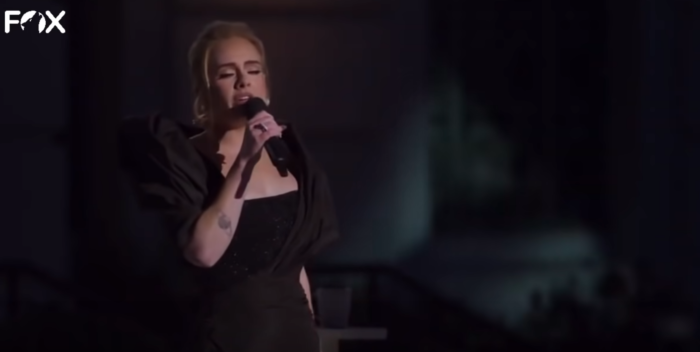 I was an Adele fan the minute I heard “Chasing Pavements.” What an usual metaphor. How cleverly the record was produced.

The year that “Rolling in the Deep” came out, it was played on the red carpet at the Cannes Film Festival every night. It sounded like Janis Joplin had risen from the grave. We couldn’t get enough of it.

“Hello” at first sounded like a doorstop of a single. It still take a little work, but “Hello from other side” is a unique notion, and it’s a hook after all. I always thought “When We Were Young” was the standout song on “25.”

Now Adele performed new songs on last night’s CBS special with Oprah. They all sounded alike. They are long and laborious, preachy. They have no hooks or choruses. They’re diatribes. The arrangement are uninteresting. I’m struggling to stay awake during the clip below, 21 minutes of new material that will be on the “30” album this Thursday night.

If this is indicative of the material, “30” will become a cure for insomnia. There’d better be something livelier on there than this snooze fest.