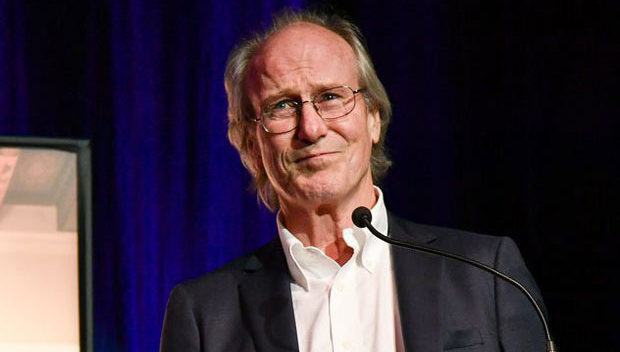 Actor William Hurt has been “out there” for a long time. A respected acting talent, he’s never been part of the mainstream of Hollywood or Broadway. He was always a little “off.”

And now comes the proof. Hurt has thrown in with the 9-11 “truthers” who believe the US government blew up the World Trade Center buildings. He’s narrating a film about it and has written a piece on the site of wacko conspiracy theorists Architects and Engineers.

Hurt says in the piece, called  “It took me a long time to face what I knew to be true about 9/11,” that ten days after the 9-11 attacks he was on a movie set when he lost consciousness or something. The medics thought it might be a TIA or mini stroke But Hurt says no, it was when he had an epiphany.

It was a busy scene involving over a hundred people. As I returned to what they call “start marks” for another “master shot” (of the whole scene before tighter “coverage” setups begin), I stopped. And I suddenly couldn’t remember where I was. What city was I in?

Then my body just “went” to New York. It was “there,” floating high up inside one of the imploding towers. I was trying to catch the falling bodies in my arms. Trying to pick them from out of everything and grab them to my chest to save them, but everything was passing through me — the immense pieces of concrete and superstructure mingled with the bodies of my fellows. I couldn’t catch them. They went through my arms. Everything did. I was what they call “losing it.”

Hurt says it wasn’t a physical issue. He was having some kind of out of body experience.

It took a while but, finally, I found pieces of evidence online. Mixed in among all the nonsense, there was sane and reasoned evidence. One of the sources, the strongest one by far, a source supported by thousands of responsible, honest, honorable, grounded, normal, respectful people — professional architects and engineers all around the world — was Architects & Engineers for 9/11 Truth. An amazing act of courage and compassion meets us there when we can bring ourselves to seek the answers.

Um, these people are completely CRAZY. I am very worried about American society. Too many people think this stuff, and also think they’re being tracked by the vaccine. Mental illness is thriving around us. And here is William Hurt, who won an Oscar in 1985, is now in his 70s and hasn’t been in anything of importance for at least 15 years or more. He’s lost his mind. If anything, he’s become his character in the mind bender, “Altered States,” from 1980.

I’m not linking to the film or the website of these kooks.

This is what it’s come to, kids.