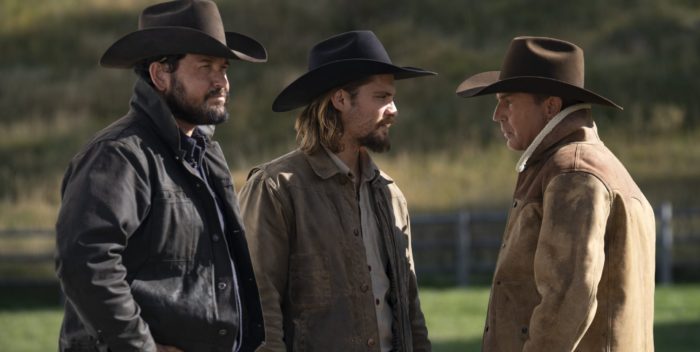 Everyone says to me, “Are you watching Yellowstone?” I am not. But someone is. Like, plenty of people.

“Yellowstone” is the Kevin Costner “Dallas” like drama on the Paramount Network channel. On Sunday night, the cable drama drew over 8 million people in its first showing, and over 7 million on its second showing an hour later. It also picked up viewers on related channels.

This shouldn’t come as a big surprise since when the last “Yellowstone” season finale ended in August 2020 the numbers set a record then with over 5 million viewers.

Sunday night’s premiere drew 8 million total viewers in Live+Same Day, a 104% increase from the Season 3 premiere (4.2 million), making it the most-watched cable series telecast since a 2018 episode of AMC’s “The Walking Dead.”

“Yellowstone” is an old fashioned soap opera like “Dallas” with cowboys and horses. It’s very American. Who doesn’t like that?

The success of “Yellowstone” is interesting because it has no “buzz,” gets no awards, doesn’t merit endless write ups and speculation and psychological theses about its characters. It’s the opposite of HBO’s “Succession,” which has all of the above and minuscule ratings by comparison. On Sunday night, “Succession” scored 480,000 viewers, a very small increase from week 3 of its third season.

Indeed, “Succession” seems like it’s very much a hit in two places, New York and Los Angeles, with maybe one or two followers elsewhere. It’s a cerebral show with the finest acting. It’s “Dallas” for the sitting crowd. Adrien Brody was the guest star Sunday night, but that didn’t do much to boost interest.

Later on HBO Sunday night, “Curb Your Enthusiasm” dropped to 370,000 viewers in its first showing, down almost 10% from last week, down 100,000 viewers in three weeks from its Season 11 premiere. “Curb” may have finally reached its end after a two decade run that included brilliant writing. This season, not so much.

Politicians beware: “Yellowstone” is a Heartland, GOP, 80s like show. “Curb” is the opposite. Look for trends here. With the chaos of the pandemic, viewers are looking for comfort food. It’s a very Reagan era response. And that could spell trouble in elections.