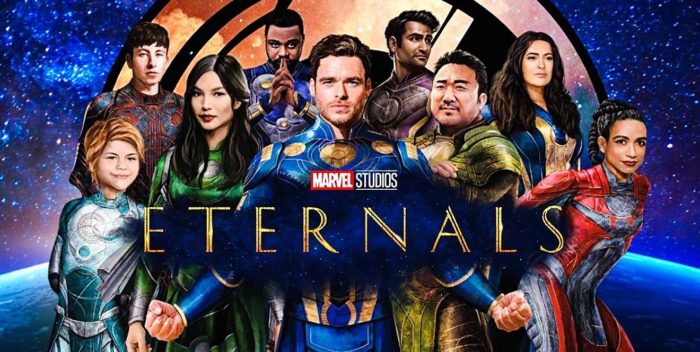 It’s a good news story mostly this weekend at the box office. Just don’t think about “The Last Duel.”

Think instead of Marvel’s “Eternals,” which in one weekend made twice has much as Chloe Zhao’s lst movie made in its entire run.

“Eternals” clocked in at $71 million. No one cared about the bad reviews. The other Zhao movie made $35 million. That was “Nomadland,” which won the Oscar last spring. Pow! Zhao! She really can write her own ticket now. I do hope she returns to make her own brand of film, though.

“The French Dispatch” actually held up from Saturday to Sunday, had no fall off. Total now is $8.5 million. Not a blockbuster but finding its audience somewhere.

The real story I think is “Spencer,” about Princess Diana, a tough movie with a compelling central performance, is a hit. Neon opened it in 996 theatres and took home $2.1 million. Not bad. A royal win. Kristen Stewart is certainly getting the big push for Best Actress in what will be a tight category this year with formidable competition. Watch for Penelope Cruz in “Parallel Mothers” and Lady Gaga in “House of Gucci.” Gaga has the inside track because she missed the gold with “A Star is Born.” In Oscar terms, she’s ready for her close up.

Hearing lots of talk today about the first screenings of Paul Thomas Anderson’s “Licorice Pizza.” On Twitter people are saying they thought ‘licorice pizza’ was an actual thing. For real, no kidding. I still have elevator passes for sale to my one story school. See me at recess.